4 min read October 2019 — The month of October is known for seasonal change, pumpkin-spiced everything and the nationally celebrated horror day, Halloween. While the actual day is regarded as a time for candy, treats and Halloween scares, the weeks leading up to it have been appropriately dubbed “spooky season.” This is an exciting time for thrill seekers and Halloween enthusiasts in the Tampa Bay area as there are a variety of haunted happenings and spooky activities to experience. The following are five of the best and scariest events and places to make this Halloween a memorable one. 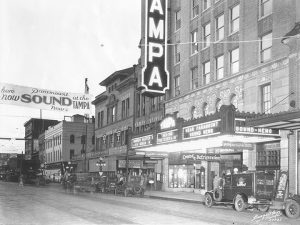 Regarded as Tampa’s most historic and most haunted movie palace, the Tampa Theatre has embraced its haunted lore for this year’s spooky season. The theater is known for haunted happenings involving former employees whose spirits seem to have never left the theater, like the theater’s old projectionist Foster “Fink” Finley whose footsteps are thought to still be heard from time to time. Not only has the theater showcased 14 nights of frightening films from Oct. 18th until Oct. 31, it is also featuring ghost tours and a special Halloween-themed happy hour event called PAUSE-O-WEEN on Oct. 31. 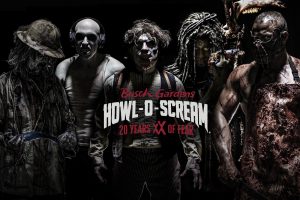 Carrying the title as Tampa Bay’s No.1 haunted attraction, Howl-O-Scream at Busch Gardens Tampa Bay has been a staple of the community for 20 years. Not only does the event offer horror-heads the opportunity to walk through terrifying “scare zones,” it also features multiple haunted houses, access to many other twisted terrors and some of Busch Gardens most iconic rides. This weekend event runs from Sept. 20 to Nov, 2, and promises to “twist daydreams into nightmares.” 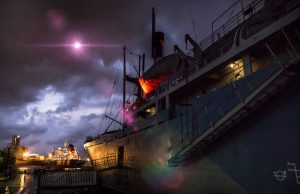 Undead in the Water

Undead in the Water is an annual haunted house with a twist. It is the only authentic nautical haunted attraction in the region and takes place on the historically famous 1945 WWII vessel the American Victory Ship. Thrill seekers will rejoice in the challenge of venturing through the multiple decks of this historic vessel as they avoid consumption by an infected zombie hoard onboard the ship. Undead in the Water is infamous for being one of the scariest annual attractions that the region has to offer. This event runs every weekend from the beginning of October until Nov. 2.

For more on Undead in the Water visit: https://www.undeadinthewater.com/ 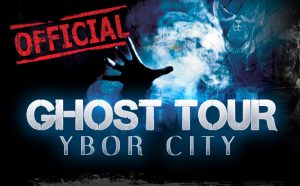 While it is known for being a National Historical Landmark District in Tampa Bay and one of the preeminent spots for tourists and residents to frequent, Ybor City is also known as one of the top destinations for hauntings. With a deep rooted history in the development and emergence of the Tampa Bay region, Ybor City has seen its fair share of diverse demographics settling in the region and calling it home. According to urban legend some of these souls just decided to never leave, which is why Ybor City is home to the critically acclaimed Ybor City Ghost Tour. Rated as the No. 1 haunted tour in the United States by US City Traveler and rated in USA Today’s 10 best lists, this tour promises an informative and scary walk through the ghostly history of Ybor City. 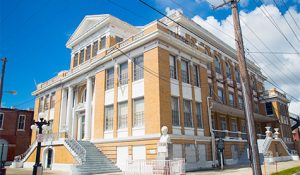 Located in Ybor City, the historic Cuban Club has a history that spans over a century and includes shows by world-renowned entertainers, weddings, parties and the occasional haunting. The club itself is a wonderful multipurpose rental facility with amenities like a grand ballroom, theater and courtyard. With numerous reports of ghostly sightings and paranormal activity, it is not a surprise that this location was named by The Travel Channel as one of its Top 10 most haunted places. The Club leaves it up to guests to decide whether they believe it to be haunted or not as stated in the FAQ on its website: “We are reputed to be haunted, but we will let you make up your own mind on this subject…”

To see more on the Cuban Club visit: http://cubanclubybor.com/