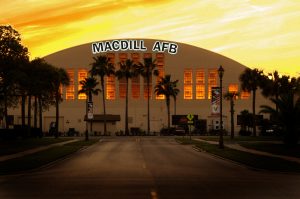 2 minute read July 2019 —When describing the major economic drivers in the Tampa Bay region, the typical response will normally be associated with Fortune 500 companies, a budding technology sphere and the large healthcare systems that all call Tampa Bay MSA their home. While these are all significant contributors to the local economy, there is one entity that cannot be overlooked or underestimated: MacDill Air Force Base.

A staple in the Tampa Bay community, MacDill Air Force Base employs approximately 15,000 people and creates over $3 billion a year in economic impact. Established in 1939, the base has been an economic powerhouse and premier training ground for aircrews throughout all the major wars since its inception.

The impact of the base is far-reaching, as collaboration with various sectors of the local economy has spurred continued interest from companies to do business in Tampa Bay. Invest: spoke with Larry Richey, managing principal for Cushman & Wakefield in Tampa, who noted the appealing environment for defense technology thanks in part to MacDill. “We have companies that are providing cybersecurity services in conjunction with MacDill Air Force Base and the University of South Florida. The triangulation of MacDill, USF and cybersecurity startups has created a ripe environment for defense technology here in Tampa,” Richey told Invest:.

Former Mayor Bob Buckhorn also credited MacDill as one of the reasons that Tampa is able to stay competitive in attracting new businesses to the area. “Most people don’t realize that MacDill is the only base in the military system that is home to two combat commands. There are 2,400 defense-contracting firms in the Tampa Bay area that largely feed off of central command but, more specifically, special operations command.”

While the base has been successful on it’s own merit and continues to give back to the region tenfold, the relationship between MacDill Air Force Base and Tampa Bay is mutually beneficial. The Tampa Bay region has long been known as a welcoming community for veterans and active duty citizens. Regional Vice President for USAA Yvette Segura spoke to Invest: about the deep-rooted connection between the Air Force base and the surrounding community. “Knowing that the community as a whole is so warm and receptive to the folks coming into MacDill has created a strong sense of fellowship that is welcoming to a company like ours. Part of our company mission is to support military members as they’re exiting their roles and to offer them an opportunity to work with us,” she said. “There’s something special about what Tampa does for military families, and I truly believe it speaks to the collective comradery of the community leaders in the Tampa Bay area.

There aren’t many areas in Florida, or the United States for that matter, that have the economic advantage that MacDill Air Force Base provides to the Tampa Bay region. The base’s influence and impact continues to drive Tampa Bay both socially and economically into the future.