Why does diversity, equity, and inclusion fall short in management positions?

Why does diversity, equity, and inclusion fall short in management positions? 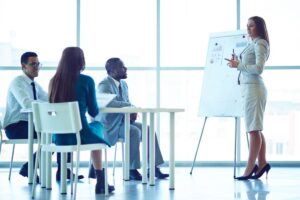 2 min read November 2021 —Invest: Miami 2022 will be launching on Nov. 17 with an online business conference, in which several panels will dissect crucial topics pertinent to the future of the Miami-Dade economy. The importance of creating a more equitable economy in Miami will be one of the topics discussed.

The panel formed by Meredith Tucker, entrepreneurial services principal and practice leader of Kaufman Rossin; James Haj, president and CEO of the Children’s Trust; Scott Brandman, managing partner for New York and Miami of Baker McKenzie; and moderated by Leigh-Ann Buchanan, president of aire ventures, will focus on why diversity, equity and inclusion are essential factors toward the future of Miami’s economic growth. It will cover issues like the current lack of diversity at top management levels within the business community.

Miami’s cultural heritage is a landmark of the city’s history and economic landscape. However, a recent study by WalletHub ranked Miami as the 59th most diverse among the 230 largest cities in the United States, calling into question just how diverse the city really is.

Lack of diversity, of course, is not exclusive to Miami. While companies have been quick to jump on the diversity, inclusion and equity trend, not many have translated this into top management and leadership positions.

According to a New York Times review, only 20% of the most powerful positions in the United States, across public and private sectors, are filled by people who identify as Black, Hispanic, Asian, Native American, or multiracial. In other words, 40% of Americans identify themselves as people of color but among the powerful, only 20% actually are.

It is crucial for a company to have a diverse workforce, as the evidence suggests this increases productivity. According to a study by McKinsey & Company and The Society for Human Research Management (SHRM), organizations that have diversity in both ethnicity and gender are 35% and 15%, respectively, more likely to outperform their less diverse counterparts. So what can Miami do about this? What is the solution? These are questions that will be examined and discussed during the Invest: Miami 2022 Launch Conference, on Nov. 17 from 11 a.m. to 1 p.m. EST.  To register for complimentary access to the event, please click here.