Where do I park? Minneapolis ditches parking minimum requirements

Where do I park? Minneapolis ditches parking minimum requirements 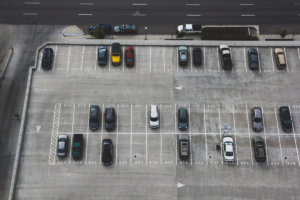 2 min read May 2021 — Minneapolis is joining a select few cities that have chosen to ditch a government-backed and automobile-centric approach to transportation and city development after a vote last week to eliminate minimum parking requirements on new developments.

The move is likely to excite developers and pedestrians alike, while keeping the city in line with the Minneapolis 2040 plan.

City Council President Lisa Bender, prior to the 13-0 vote, noted that the change aligns with the city’s goals to curb climate and greenhouse gas emissions outlined in the Minneapolis 2040 comprehensive plan.

The change is slated to take effect next week and makes Minneapolis the largest Midwest city to abandon the requirements. By no longer requiring expensive parking, the cost of housing can begin to decrease and new forms of transportation can also be promoted, Bender said. High real estate prices and rising rents have increasingly become a source of contention in the city.

“Parking drives so much about the design of buildings and the cost of housing in our city. This opens up so much possibility, especially to develop the smaller-scale projects that so many of our constituents point to as they tell us the kind of projects and housing they want to see in their communities,” Bender said to the Star Tribune.

Council members Bender, Fletcher and Cam Gordon held a celebratory news conference Friday afternoon after the vote with proponents of the initiative in front of the Minneapolis Public Service Building, notable for its construction without the use of designated parking spaces.

“We have spent decades and decades subsidizing and building and supporting and encouraging automobile traffic,” Gordon said. “More and more people are figuring out how to live without an automobile, how to survive sharing an automobile, and (are) wanting to have more opportunities to live a car-free life.”

South Uptown resident Matt Lewis, who wrote to the Star Tribune in support of the move, agreed. “Car infrastructure serves predominantly white and wealthier residents and workers from the suburbs at the expense of people who live in the city and may not own a car. As the city focuses on equity, we must also look at how we prioritize cars,” he said.

Not to be left behind, across the river, the city of Saint Paul has been considering a similar move since last April as a result of its own Climate Action & Resilience Planopens PDF file . The one caveat to keep in mind however, is that the city’s Downtown has never required parking minimums to begin with.

Despite the proposed benefits and the generally positive reception to Minneapolis’ adoption of the plan, there are some who are concerned that perhaps the cities are rushing into these decisions with too little community input.

“I really feel like the way Minneapolis is doing all of this during COVID, when it’s really difficult for the public to comment when nobody’s meeting in person … it’s not really giving the community a fair voice in the process,” Lyndale resident Damien Lindquist said in a comment reported by the Tribune.

Photo by John Matychuk on Unsplash