What winning the World Cup bid means for Philadelphia

What winning the World Cup bid means for Philadelphia 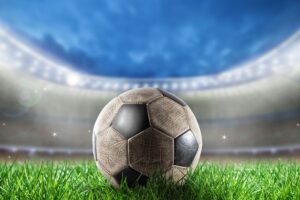 2 min read June 2022— With Philadelphia winning a spot as a host city for the 2026 FIFA World Cup, experts say the windfall could total $460 million of economic impact and 500,000 visitors to the city.

“Philadelphia is committed to ensuring that hosting this event has long-term legacy benefits for our residents. With a focus on economic inclusion, supplier diversity, sustainability, and growing the game of soccer, especially among our youth, we want hosting the FIFA World Cup to be a rising tide that lifts all boats. We are just in the beginning stages of planning, and we look forward to delivering a spectacular event that is not only worthy of the world but reflects our commitment to Philadelphia’s growth,” Philadelphia Soccer 2026’s Manager for Bid Coordination and External Affairs Meg Kane told Invest:.

Earlier this week, international soccer governing body FIFA announced 11 American, three Mexican and two Canadian cities as hosts of the 2026 FIFA World Cup. For the first time in its history, the tournament will take place in three countries simultaneously.

The selected host cities are Atlanta, Boston, Dallas, Houston, Kansas City, Los Angeles, Miami, New York/New Jersey, Philadelphia, San Francisco and Seattle in the United States. Guadalajara, Mexico City and Monterrey are the locations chosen in Mexico and Toronto and Vancouver in Canada. Instead of the traditional 32 teams and 64 games, the 2026 World Cup will have 48 teams with 80 games.

The closest Philly has been to the tournament was in 1994 when the city was unsuccessful at drawing the 15th FIFA World Cup, hosted by the United States. However, many things have changed since then, according to Gregg Caren, president and CEO of the Philadelphia Convention & Visitors Bureau. “Philadelphia has a reputation as an ideal place to host big events. In the past decade, the city has hosted a number of notable events that have added to our big event pedigree, such as the Democratic National Convention, the World Meeting of Families and Papal visit, the NFL Draft, and many other world-class events and conventions,” Caren told Invest:.

As mega-events like the World Cup and the Olympics occur in different cities, many have to build stadiums to host the event. There are questions surrounding the World Cup’s economic impact and studies suggest cities should be careful when bidding for the honor. Robert Baade and Victor Matheson, economics professors, indicated in a study opens PDF file that looked at the 1994 World Cup hosted in the United States that “the economic impact of the event cannot justify this magnitude of expenditures.”

According to the study, “host cities experienced cumulative losses of $5.5 to $9.3 billion as opposed to estimates of $4 billion.” Many World Cup and Olympic stadiums aren’t efficiently reused.

The benefits could come without a cumbersome bill this time as Philadelphia, and many other host cities in the country, already have the required infrastructure and stadiums. Additionally, a pandemic slowdown, an overheated economy and a potential recession, could change what the event means for the city.

The Boston Consulting Group projects a windfall of “$5 billion in economic activity for North America.” Its 2018 study estimates the 2026 World Cup could mean “40,000 jobs and more than $1 billion in incremental worker earnings across North America.”

Philadelphia advocates, including Caren and Kane, estimate 450,000 to 500,000 attendees with a projected visitor spending of $262 million and a total projected economic impact of $460 million.

The economic jumpstart could start much sooner than the event, according to Itay Ron, investment director at Faropoint. “From an industrial/warehousing standpoint, local vendors will have to prepare ahead of time with larger inventory and reinforced shipping routes,” Ron told Invest:. “We expect to see a lot of warehousing activity in the years preceding the event. Some of our tenants are also in the construction industry and we’re sure we’ll see increased requirements from that segment.”

After the pandemic, many cities in the United States saw tourism and hospitality decimated; events coming back are a welcome sign amid a post-pandemic landscape riddled with inflation and that some experts believe is heading for recession. Philadelphia already has a number of high-profile events on tap for 2026.

“The Major League Baseball All-Star Game will be here in 2026, and we will now also welcome the FIFA World Cup 2026. The 250th anniversary of our nation will be widely celebrated in Philadelphia in 2026, so we have a lot to look forward to. These bigger events will help to accelerate tourism and travel to Philadelphia in the coming years,” said Caren.