What Phase 3 of reopening means for Broward County

What Phase 3 of reopening means for Broward County 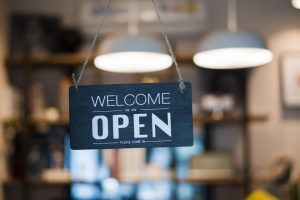 2 min read October 2020 — Gov. Ron DeSantis’ decision to move Florida into Phase 3 has led to a scramble among local government officials to make sense of which public health regulations remained in place. In the aftermath of the announcement, confusion has quickly swept across Broward County to the point where Fort Lauderdale Mayor Dean Trantalis issued a New Declaration of Emergency Regulations that clarifies the rules and regulations for businesses and individuals during this phase of economic reopening.

DeSantis announced his plans on Sept. 25, just three weeks after Broward and Miami-Dade County entered Phase 2 of reopening. Phase 3 is outlined within the Safe. Smart. Step-by-Stepopens PDF file  plan. It has minimum recommended health protocols and lifts the majority of restrictions on restaurants, bars and other businesses. Moving forward, such establishments will be allowed to operate at full capacity with limited social distancing protocols. Local governments were given the permission to limit some bars to 50% of capacity. However, the new bill prevents cities and counties from ordering them to close or penalizing them for not following the rules. “I think we need to get away from trying to penalize people for not social distancing and work with people constructively,” DeSantis said in a statement.

Fort Lauderdale’s Trantailis responded to the Phase 3 reopening plan in a letter to the public. His message highlighted the importance of opening business but under regulated guidelines. “As I have long said, we have needed to begin reopening our businesses and amenities but that we also must do so in a way that continues to protect public health. Given the broad nature of the governor’s order, I am attempting to maintain a measure of protection that an urban area like ours needs since the virus can easily spread. For the month of September, the daily infection rate in our area has remained consistently under 5 percent. We want to continue to keep it there and avoid another spike in COVID-19 infections…My new order conforms with the governor’s expansion, but still maintains our old local rules of six feet of separation between tables and between people who are standing or waiting in line. Employees must wear masks as must customers except when they are eating,” said Tranalis.

Gyms, fitness centers, state parks, public beaches and other large venues were also permitted to open at full capacity with limited social disconnecting protocols. The Safe. Smart. Step-by-Step plan is promoted to help get small businesses up and working again. During the height of the pandemic, Broward County’s unemployment rate leaped to 14.5% in March.

“The re-opening of our economy has not been easy, but it is being done right in most states. Of course, things change, but as we gather more knowledge on this virus, I believe we can combat it and not have to close our economy. Florida Gov. Ron DeSantis’ approach of Safe. Smart. Step by Step is proving to be the right way to re-open the economy,” Alex Sanchez, president and CEO of Florida Bankers Association wrote in an opinion piece.

Just two days after Florida entered Phase 3 of reopening, Florida’s COVID-19 Data and Surveillance Dashboard reported 1,868 new cases. Some public officials are questioning if Gov. DeSantis overstepped his power while others are adamant about reopening to full capacity.