What is the future of retail banking? Depends on who you ask

What is the future of retail banking? Depends on who you ask 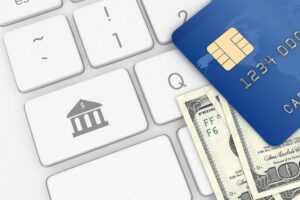 2 min read December 2021— Through relocations, openings and closures, banks are rethinking their retail presence in Orlando for 2022. With an unprecedented rise in digital transactions and growing demographics, financial institutions are adapting their resources to new consumer demands.

Does that mean physical retail is dead and the digital banking rise is complete? Not really. Depending on the bank, and sometimes even with the same bank, it can go either way.

In 2022, Bank of America is expected to shutter two branches that have been closed since the onset of the pandemic, in Sanford and Apopka. The bank has already closed locations in Kissimmee, Melbourne, Deltona and Daytona Beach Shores. At the same time, however, it is scheduled to open a new branch in Lake Nona in 1Q22, suggesting physical branches are far from dead.

“We’re constantly looking at trends, foot traffic at branches, the increase in digital and mobile banking, as well as proximity to other branches,” Bank of America spokesman Matthew Daily told the Orlando Business Journal.

TD Bank is also looking to open a new branch in Oviedo, an area that has experienced significant demographic growth. The New-Jersey bank has already announced the inauguration of new locations Lake Nona, Orange County and Downtown Orlando. With 12 branches in Central Florida, TD Bank is one the region’s largest Small Business Administration leaders.

“As Florida continues to experience rapid growth, we, too, are looking for ways to enhance our store network,” Chris Yancey, market president of North Florida retail for TD Bank, told the Orlando Business Journal.

In addition to national banks, local financial institutions are also seeing an opportunity to leverage population growth and expand their physical presence in Orlando. For example, Climate First Bank, a bank committed to tackling climate change, will be opening a new branch in Winter Park in January 2022.

“With Climate First Bank, Central Floridians can align their money with their values, and invest not only in their homes and businesses but also in the future of our community and the planet,” said Chris Castro,  a founding director of Climate First Bank and director of sustainability and resilience, in a statement.

However, not all banks are looking to open new branches in the midst of population growth. For instance, Florida-based Axiom Bank is reducing its locations from 12 to nine, focusing instead on providing more digital options for clients.

“Like other banks, Axiom has reevaluated its branch locations based on decreasing customer traffic and the increasing adoption of digital banking options,” Jennifer Waddell, vice president of branch banking for Axiom Bank, told the Orlando Business Journal.

According to Florida Bankers Association CEO Alex Sanchez, banks in the region are adjusting their 2022 retail strategies to a new reality that mixes a growing population and at the same time the consolidation of digital services.