What does The HEAT Group have to say about Miami?

What does The HEAT Group have to say about Miami? 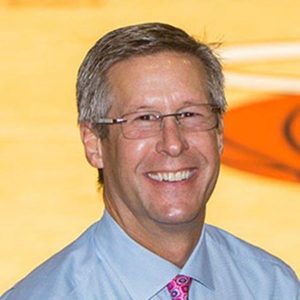 At the start of the 2014-2015 season, we had a bit of uncertainty coming off of LeBron James going back to Cleveland. Later we encountered injuries and other setbacks, resulting in a rather disappointing season; last year was only the fourth time in 20 years that we did not make the playoffs. These experiences put us into soul-searching mode.

For some time, we have felt that we were on the right track in terms of building long-term loyalty and establishing commitment from the fan base in Miami, but until you get tested, you don’t really know. Last season was a real test, and we were gratified by the response we got. Despite our struggles on the court, we sold out every single game. We were fourth in the NBA in television ratings. Our social media base continues to be the second-largest in all of professional sports—just behind the Los Angeles Lakers—and our corporate support is stronger than ever.

In October 2015, we launched a new mobile platform that provides fans with a continuous stream of customized content and allows for users to control nearly all aspects of ticketing and purchasing through their mobile device. While having a high-profile, championship-winning team is the foundation of building a strong fan base, maintaining engagement is linked to our efforts to raise the bar on providing new, interesting, creative content—whether that is giving player or game stats, showcasing players be- hind-the-scenes or providing inside looks at players’ lives. Exceptional content keeps folks coming back.

When we set out to grow our social media presence, it wasn’t necessarily with the global audience in mind. Today the Miami HEAT is very much an international brand. Of the nearly 22 million Facebook followers we have, over 50 percent are not based in the U.S. Only 15 percent are based here in South Florida. Clearly there has been an explosion of interest in the HEAT from around the world, and I think part of that is about Miami. Miami is an exciting destination. People are drawn to the energy of this place. We have carried the Miami brand around the world, but our affiliation with this city has also helped us. Miami has allowed us to explode on the world scene.