What does eMerge Americas say about Miami?

What does eMerge Americas say about Miami? 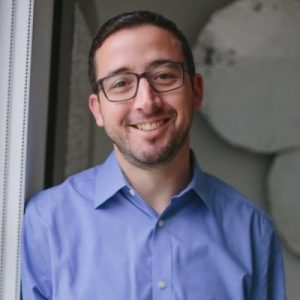 Miami is becoming the technology hub of the Americas, and eMerge Americas plays a critical role as the pre-eminent B2B technology event of the Americas. eMerge Americas was established three years ago to catalyze the development of a tech ecosystem and encourage connections between the world’s most important technology companies and top decision makers from Latin America. Building on the foundation of the investments we have attracted and the name recognition we’ve established in South Florida and Latin America, we are becoming the premier platform for the advancement of technology, a launchpad for innovation and an idea exchange.

One of the drivers of our success is the summits under the eMerge umbrella. One of these is WIT (Women In Technology), inaugurated in 2015. Over 6,000 people attended the 2014 conference, 17 percent of whom were women. In 2015, we had over 10,000 attendees—over 33 percent women—and we attribute this increase to the success of WIT.

Another successful addition has been the eGov— Government Innovation Summit. eGov is crucial to world governments looking for ways to address issues affecting their constituents like transit. Meanwhile, the private sector, whether emerging startups or multinational corporations like Cisco, IBM and HP, is developing disruptive technologies and seeking to launch public-private partnerships. eGov brings these two groups together, allowing them to strategically connect.

The eMerge Americas Startup Showcase has featured the most innovative startup companies from Latin America, North America, Europe and Israel, with hundreds of investors connecting with the top entrepreneurs leading these companies. The connections between these innovators and strategic investors resulted in significant investments for many of the participants.

With partnerships with organizations like NBCUniversal, eMerge Americas has established itself as the Americas’ must-attend technology event. This success has helped Greater Miami and Latin America’s tech ecosystems grow slowly but surely.