What does CREC say about Miami? 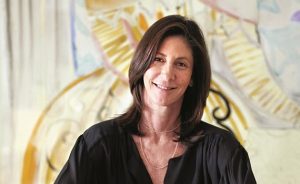 This is an exciting time for Miami’s retail market, as national and international brands are expanding their presence, and new mixed-use developments, mega malls and neighborhood centers will create new investment opportunities. But the Miami-Dade market is still under-retailed based on its urban and suburban population (2.6 million) and the more than 14 million visitors who travel to Miami and spend more than $23 billion annually. In fact, Miami has become one of the world’s premier shopping destinations, particularly for luxury brands.

The rise of the luxury segment in Miami-Dade’s retail market has resulted in escalating rental rates in high-demand areas like Lincoln Road and Wynwood. While rents were $100 to $150 per square foot five years ago on Lincoln Road, today they are $300 per square foot. More luxury retail space is being developed in the Miami Design District, Brickell City Centre and Mediterranean Village in Coral Gables.

Meanwhile, investors and property owners are transforming existing retail complexes into lifestyle centers infused with local character that satisfy consumers’ craving for unique shopping and dining experiences. Because Miami-Dade is such a diverse region, with varied neighborhoods and communities, there is a wide range of new construction and redevelopment opportunities to cater to this sophisticated retail market. In the grocery segment, there are now multiple options for an anchor tenant. Whole Foods, Fresh Market and other high-quality national chains are looking to expand and other brands have recently entered with plans for growth, such as Trader Joe’s, Earth Fare and Lucky’s Market.

While Miami is steadily becoming a more urban hub, infrastructure and transportation improvements are needed to make this a reality. In the next three to five years, Miami’s growth as a retail destination will be felt from its urban core to its most popular suburbs. Instilling local character into a lifestyle retail center or mall has the power to lure new tenants and draw consumers, and as a result, investors will be able to maximize asset value and help tenants achieve long-term success.