What does Banesco USA have to say about Miami?

What does Banesco USA have to say about Miami? 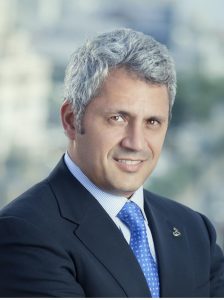 As Miami’s banking sector has grown significantly in recent years, it has become highly competitive. Competition is particularly strong for community banks; today, there are approximately half as many such banks in this market as there were 10 years ago, partially due to the cost of complying with new regulations. But this story is not the same for all banks.

Banesco USA, a community bank based in Coral Gables, is thriving. Why? Banesco USA is part of Banesco Financial Group, which has a presence in over 15 countries and manages over $100 billion in assets. It therefore offers the best of both worlds: the financial strength and expertise of a large corporation and superior personalized service.

Despite South Florida’s promising growth, the banking industry faces challenges, particularly in the real estate sector. The strengthening of the U.S. dollar is already affecting Miami’s condo market, given that at least 70 percent of sales are made to foreign nationals whose currencies devalued (against the U.S. dollar) in the latter half of 2015. Most of these countries are South American.

One of Miami’s greatest assets is its highly international character. This ensures diversification: when certain global markets are struggling, money will still flow into South Florida from other regions. Miami-Dade is seeing an influx of capital from New York and other northeastern U.S. cities, as well as Canada and many European countries, like Spain. (Such is the growth in Spanish investments that the affluent village of Key Biscayne has been nick- named Key Bis-Spain.)

A good example of this internationalization is the influx of Venezuelans fleeing economic and political instability. The impact of this migration is felt in the rapidly growing South Florida cities of West- on and Doral, which have high numbers of Venezuelan residents and businesses. The Venezuelans coming here are young, educated and driven to succeed. They greatly appreciate their new homes and are here for the long haul. In about 10 years’ time, they will be what many Cuban-Americans are today—Miami’s political and business leaders.