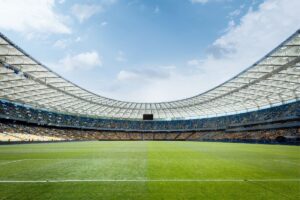 2 min read   2022— Miami-Dade County’s World Cup bid win is just another step in its emergence as a global entertainment destination.

“Miami-Dade is the ideal community to host the 2026 World Cup,” said Miami-Dade County Mayor Daniella Levine Cava in a press release. “Our residents hail from every corner of the world, creating a vibrant metropolitan area unlike any other in the United States. Soccer runs through the veins of our county. After years of collaboration with partners across the region, we couldn’t be more proud to welcome FIFA to Miami-Dade.”

The 2026 FIFA World Cup will be hosted at the Hard Rock Stadium in Miami Gardens, with city and county officials alike pointing to the stadium’s history of hosting world caliber events and sports over the past years. Six Super Bowls, the Miami Tennis Open and most recently the Formula 1 Grand Prix have been held at the Hard Rock Stadium. The stadium also hosted El Clasico in 2017, the famous matchup between Real Madrid and FC Barcelona. The game was the highest grossing soccer tournament in North America.

Soccer has been gaining momentum in Miami, and by the time the World Cup arrives in 2026 Miami will have its second futbol stadium with the anticipated completion of the new Inter Miami CF stadium in 2025, approved in April. That said, Miami residents will be pleased to note that no new stadium construction will be needed to host the games as the Hard Rock Stadium was originally designed with FIFA specifications in mind and hosting the game.

“We had a vision to have a global entertainment destination here,” said Tom Garfinkel, the CEO of the Miami Dolphins and Hard Rock Stadium in a statement. “With national championship games, Super Bowls, Miami Open tennis, certainly Formula One, obviously Dolphins games and now we’re hosting the World Cup here in 2026, I think that vision is being realized.”

Miami will be hosting up to six games in an expanded World Cup that will see 48 teams vie for the championship. This will be the first time that the world cup is hosted by three countries, and the “United 2026” bid from the three nations will see 60 games played in the U.S., with Mexico and Canada each hosting 10 matches. Upon reaching the quarterfinals, all knockout rounds will be held in the U.S., reports ESPN

In Miami Gardens, where the Hard Rock is located, Mayor Rodney Harris said, “Miami Gardens is proud to be hosting the FIFA 2026 World Cup, as it will now join the ranks of the many other world-class events we have here in the beautiful City of Miami Gardens. We have a great partnership with the Hard Rock Stadium and the Miami Dolphins, who have called our city home for many years, and are so excited FIFA has chosen our great city to host the event. The city is certainly looking forward to working with them to ensure the event’s success.”