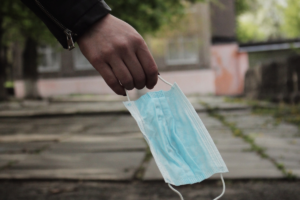 2 min read June 2021 — A month after Minnesota governor Tim Walz ended the mask-mandate across the state, Minneapolis and St.Paul have now followed suit by dropping their own local mask mandates. Minneapolis Mayor Jacob Frey signed an emergency regulation that lifted the mask mandate for the city Tuesday, June 1st. A few hours later, and in part as a response to Minneapolis’ move, St. Paul Mayor Melvin Carter’s office announced St. Paul would be joining its twin city across the river in lifting the mask mandates.

In a press statement, Mayor Frey underscored the high rates of partial vaccinations in the city – where at least 78% of the city’s residents aged 15 and older had already received their first dose of the vaccine. In St. Paul, Mayor Carter urged residents to get vaccinated, stating in his order,

He further elaborated in a statement first reported by KARE11, “While we are yet to reach the benchmarks set by local public health experts, the reality of a maskless Minneapolis limits the logic and efficacy of maintaining a masking order alone,” further explaining, “We are lifting Saint Paul’s mask requirement and continuing to urge residents to get vaccinated as soon as possible.”

In Minneapolis however, people have already begun to go back to the office and return to a sense of normalcy. Leading the charge has been the Minneapolis Regional Chamber of Commerce, with President and CEO Jonathan Weinhagen headed back alongside his team to their office in a second-floor suite in the historic Young-Quinlan Building.

“As a leading business organization, we think it’s important to set the tone for this downtown. We wanted to be a part of that first wave,” Weinhagen explained to the Twin Cities Business Journal.

While they are back in the office and the Twin Cities slowly continue to increase their vaccination rates, flexibility and hybrid work models still remain at the forefront of many businesses and organizations, including the Minneapolis Regional Chamber. Weinhagen explained that employees may continue to work remotely through at least the end of the year. “What we’ve told folks is through the end of this year we’re going to be exceedingly flexible,” said Weinhagen.

When he spoke to Invest:, Weinhagen was optimistic on the future of office returns and flexibility, as well as bullish on his outlook for downtown Minneapolis and economic growth coming out of the pandemic. “There’s the future of work, which I think will be flexible. I do think there’s a future for downtowns where we have that juxtaposition of entertainment, sports and nightlife,” Weinhagen told Invest:. “I also think that quality of life is going to win the day. There is no region in this country that has a better quality of life.”

Photo by Alin Luna on Unsplash