Too hot to handle: Residential real estate market at risk of pricing out buyers and renters

Too hot to handle: Residential real estate market at risk of pricing out buyers and renters 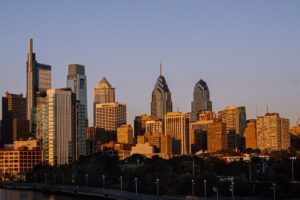 2 min read July 2021— The residential real estate market, be it rentals or purchases, is running the risk of pricing out the majority of potential buyers and renters, finds a reportopens PDF file by the National Low Income Housing Coalition.

“In no state, metropolitan area, or county in the U.S. can a worker earning the federal or prevailing state or local minimum wage afford a modest two-bedroom rental home at fair market rent by working a standard 40-hour work week,” the report explains, demonstrating that rising prices in what is the strongest seller’s market in recent memory may have reached a point where it is prohibitive in its cost to enter the housing market on one’s own.

The report states the fair-market rent for a two bedroom apartment in Pennsylvania is $1,037, and for a Pennsylvanian to be able to afford that without sacrificing over ⅓ of their income it would take 2.8 jobs at minimum wage. In the Philadelphia metropolitan area, it would take an hourly wage of $24.23 an hour, or an annual income of $50,400, to be able to afford a fair-market rent of $1,260 for a two-bedroom rental property.

The findings are corroborated by a similar report on pandemic-relocation and  migration patterns by Kevin C. Gillen, an economist with the Lindy Institute for Urban Innovation at Drexel University. The report finds that Philadelphia’s housing market was an anomaly that saw housing price increases outpace price increases in nearby and local suburban markets. While cities that had people move out were more likely to see slower price growth or even see prices decline slightly, this was not the case with Philadelphia. Prices increased 22% in the city proper between February 2020 and April 2021 compared with 14.5% in the suburbs, despite the city’s loss of 35,000 households to relocations, reports the Philadelphia Business Journal.

While prices continue to rise in the single-family housing and rental markets, developers are struggling to meet demand as buyers and renters turn to the multifamily apartment builds and communities going up across the wider metropolitan area and into the suburbs, pursuing bigger apartments and more open spaces.

Brent Celek, owner of The Brent Celek Team, spoke to Invest: about this phenomenon. “The further you get out of the city, people are looking in areas that have good schools and some open space, they want to have their own home, a bit of grass they can walk on. Generally speaking, all the suburbs are exploding. Westchester is going to blow up. That is definitely a city that is ripe for what’s going on in the pandemic.”

Those sentiments were shared by Adrian Ponsen, director of market analytics for CoStar in Philadelphia, when he spoke to Invest:. “The current crisis has reminded a lot of people why it’s nice to have more space and not live in one of the most densely populated cities in the world, like New York, and to be able to afford larger living spaces,” explained Ponsen.