The year ahead: A glimpse at the economic outlook for South Florida

The year ahead: A glimpse at the economic outlook for South Florida 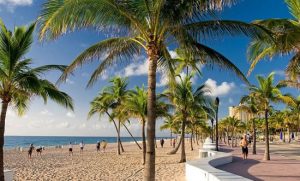 The resurgent South Florida economy has the recession and real estate collapse of the late 2000s in its rear-view mirror. Led by rapid growth in construction jobs, South Florida is on track to further rebuild its employment base in 2015, expert observers say.

“We should do well in 2015,” said J. Antonio Villamil, founder and principal of the Washington Economics Group in Coral Gables. “We have a good business climate, low interest rates and low oil prices, so we’re coming into the new calendar year with a bang. … Construction, retail and anything to do with the visitor industry should do well.”

Villamil said employment in South Florida is growing across multiple industries: “It’s more diverse than just a boom in one sector. … South Florida is finishing the year [2014] with all the cylinders running at a high rate.”

High-rise construction is hot again, raising questions about its sustainability.

“You have to worry about it getting too robust, too frothy. You know, Florida has a history of that, boom-bust, and I think that’s one thing we’ve got to watch,” said David “Dave” Seleski, president and chief executive officer of Fort Lauderdale-based Stonegate Bank.

“You see the prices that condos are selling for, you see multifamily apartments popping up everywhere. You have got to wonder: At what point is it going to get overbuilt?”

But if history is a good guide, concern about another real estate meltdown in South Florida may be premature.

Mark Vitner, a senior economist of Wells Fargo Bank, said South Florida real estate slumps and economic recessions rarely coincide as they did in the late 2000s. He said it previously had happened in the early 1990s and the mid-1970s.

“The good news is that the real estate cycle tends to be twice as long as the business cycle, so real estate busts do not come along as often as recessions,” Vitner said.

“There’s no way to completely escape booms and busts in the real estate market,” but future busts may do less damage than past ones, he said.

“The Miami economy has broadened and deepened to a point where it … should be more durable than it has been in the past,” Vitner said.

Here are glimpses of the outlook in five key sectors of the South Florida economy:

Co-worker reunions have become a routine at Coastal Construction Group, which gradually has hired back some of the employees it laid off amid a breakdown in building activity from 2007 to 2010.

After downsizing its staff to survive the downturn, Miami-based Coastal resumed hiring — and rehiring — in 2011. “We have 54 people who we’ve talked to about coming back and 53 have rejoined us over the past three years,” said Tom C. Murphy, executive vice president of Coastal Construction Group.

Coastal now has more than 400 employees, up from its pre-slump head count of 350 in 2007, to handle its expanding business. The company expects revenue to grow from $850 million in 2014 to $900 million in 2015. Among its biggest current projects are the Porsche Design Tower, a luxury high-rise condominium building in Sunny Isles Beach, and SkyRise, a 1,000-foot observation tower in downtown Miami.

“We continue to see growth in the high rise residential,” Murphy said, and the market for residential estates with construction costs of $15 million to $50 million “is booming.”

The fortunes of other builders have improved, too. Over the past 10 years, average annual employment in South Florida’s construction sector bottomed at 85,100 in 2011 after peaking at 164,000 in 2006. The preliminary estimate of construction employment in November was 105,700 — still about 20 percent below the 125,000 level 10 years ago.

The temporarily muted construction industry is making big noises again: Employment is growing faster in construction than in any other sector of the economy. The number of construction jobs in Miami-Dade, Broward and Palm Beach counties grew by 8.9 percent from November 2013 to November 2014 while total employment in the area grew 3.4 percent. University of Central Florida economist Sean Snaith forecast that South Florida’s job base in construction will grow 11.6 percent in 2015.

Vitner said he expected even faster growth in construction employment, “given all the highly visible construction activity we see in South Florida. One possible explanation for that is, single-family home building has not come back at all. … The upper end of the condo market has been exceptionally strong, though it’s mostly an international phenomenon.”

High-rise residential development, dormant during the one-two punch of economic recession and the real estate collapse in the late 2000s, is surging again. But this segment of the construction industry may be less susceptible to a repeat of the last boom- and-bust cycle.

“I really think things are different this time,” said Gil Dezer, developer of the $500 million Porsche Design Tower, featuring elevators that will take residents and their cars to condo units with adjacent parking spaces.

South Florida condo purchases have been “sustained this time around,” Dezer said, crediting bigger deposits and down payments by buyers. “There’s a lot of cash from the buyers. There’s a lot less leverage than before when there were 80 percent and 90 percent mortgages.”