The way forward: Miami-Dade County Mayor Carlos A. Gimenez discusses the progress and challenges in modernizing government and diversifying the economy

The way forward: Miami-Dade County Mayor Carlos A. Gimenez discusses the progress and challenges in modernizing government and diversifying the economy 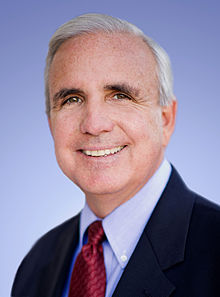 You have supported major projects like the renovation of the Miami Beach Convention Center, a Major League Soccer stadium, and SkyRise Miami. What commonality do these projects share?

Those are only some of the projects we have supported. They are hot topics for the day, but nowhere close to being representative of what this administration is about.

How then would you characterize the types of projects you support? How do they reflect your strategic vision for progressing this community?

A great example is eMerge Americas, a five-day tech conference hosted in Miami. We’ve supported eMerge from the very beginning and we’re one of its prime sponsors. We want to place Miami-Dade County on the technology map. We want Miami to be a tech hub – we want to create something called Tech Beach or Tech 305. We want to be the place for those looking to establish a technology company that looks towards Latin America or South America to come to. We want to be where Latin America, Central America and the Carib-bean look to see what’s new in technology. Moreover, developing a tech hub will support job creation.

One key challenge facing Miami-Dade is weak economic diversification. What are some others, and how is the county addressing them?

Diversifying the economy is one of my priorities – and it doesn’t just mean supporting technology; it involves promoting a wide range of economic sectors and businesses so we reduce our dependence on tourism or finance. The consequence of not having a diversified economy was that we saw a lot of our bright young minds leave Miami because they didn’t have opportunities here.

Technology is illustrative of this. We graduate thou-sands of students in computer science. If we don’t have a solid, technology-based industry here in Miami, then these graduates will go elsewhere to find jobs. This is why we support initiatives like eMerge and Venture Hive. We were the first to put money into Venture Hive because we want entrepreneurs here. We want the next Facebook or Microsoft to be created in Miami-Dade, and for them then to base their corporate headquarters here.

Another challenge is transportation. We need to establish linkages between downtown, Miami Beach, and our western suburban areas such as Kendall. There is also a need for alternative modes of transportation, which is why I strongly support app-based services like Uber and Lyft, which are not yet legal here, but should be this year.

Is more county funding being put toward growing emerging industries, or is it mostly supporting traditional sectors like tourism, real estate and finance?

We are not going to turn our backs on tourism, real estate or finance. In fact, we want to enhance those industries. However, we are not content with having our economy be just about those things. We need to diversify.

For instance, we just awarded Naeem Khan, the international fashion designer, a grant and a lease on a county-owned building on the Miami River to help him move his entire operation from New York City to Miami. Once he’s here, other top designers will see how successful they can be in Miami, and they will come here too.  We would like Miami-Dade to be a top international fashion destination and this is the first step.

We have also incentivized a new movie studio – the first in Miami-Dade County – in North Miami. It’s a $30 million project set on 160 acres. The company has promised to build a state-of-the-art aquatic production facility, but also a production studio, because although there is a lot of filming that happens in Miami-Dade – the sun and quality of light is different here – many times these companies go elsewhere for post-production. We wanted to have a studio here so they didn’t have to leave. This is just one aspect of our efforts to retain our brightest minds and create jobs for all the residents of Miami-Dade County.

What have been some of the county’s initiatives when it comes to promoting job growth?

My top initiative is Employ Miami-Dade. It targets some of the hardest-hit areas for unemployment or underemployment. Community groups knock on doors and inform residents about job opportunities in industries like construction and hospitality, for which training would be provided. Through this program, we’re investing in the sweat equity of going door-to-door, identifying potential workers, training them, and getting them jobs.

The private sector, in particular the construction companies, have bought in. When we have had construction booms like we have today, we have had to import labor from around the state and the country. There’s no rea-son to import labor when we have plenty of workers here. If we can give them solid, well-paying jobs, get them out of poverty, and get them to be productive members of society, it’s good for business, it’s good for them, and it’s good for the entire community.

While Miami has an abundance of luxury residential developments, what can be done to bring about more affordable and attainable housing options?

Eventually, the luxury market will dry up – the market will have a self-correction. Affordability is very much linked to jobs, which is crucial to establishing a middle class. When you establish a solid middle class that can afford decent housing, the market will be there. The private sector always has a way of coming around if there’s a profit to be made, and if there is a group of folks that has money and is willing to spend it for good housing, there will be houses available to them

Another avenue is through public-private partnerships (PPPs). We recently announced the Liberty Square Rising Project, which involves a $74 million commitment from the county to leverage several hundred million from the private sector. This is the largest project the Department of Public Housing and Community Development has taken on. The goal is to revitalize the county’s oldest housing project – over 700 residential units, on 50 acres, in an area with the highest crime rates – and, in the process, generate over 2,200 jobs and around $285 million in economic impact.

How has Miami-Dade County worked towards mod-ernizing and streamlining government?

Within Miami-Dade County, there are 34 self-governing municipalities. The county oversees transportation, the airport and the seaport, as well as most of the water and sewer infrastructure.

Improving cooperation between the county and the cities has been an area of focus for my administration. For instance, we are working together with the different cities to create forms that can be used with both the cities and the county so there is no duplication of procedures. We’re working with cities to create one-stop shops, or even no-stop shops, where forms can be completed electronically without having to go to a city, then the county. The cities’ customers and residents are also county customers and residents. We want to make engagement with local government as easy as possible, with the least amount of red tape, for our 2.6 million residents.