The Unsolved Mysteries of the Everglades

The Unsolved Mysteries of the Everglades 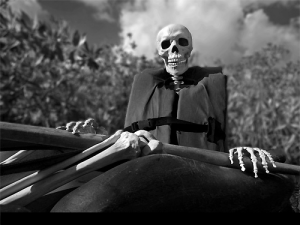 2 min read October 2019 – The Everglades is a sprawling wonder of nature – over 1.5 million acres of swampland that is home to 350 species of birds, 300 species of fresh and saltwater fish, 40 species of mammals, and 50 species of reptiles, as well as several protected animal species. Coming in just after Yellowstone as the third-largest national park in the United States, its vast and difficult-to-navigate terrain has swallowed up many an unprepared traveler. Here are just three of the unsolved mysteries of the Everglades buried deep in the swamplands.

South Florida lies just at the tip of the Bermuda Triangle, and is not exempt from its fair share of missing aircraft, especially in the deep swamps of the Everglades. One such case that remains unsolved today is that of The Lost Patrol in 1945. As World War II was coming to a close, a training flight of five Grumman Avenger aircraft left Fort Lauderdale Naval Air Station and were never seen again.

A wreckage was found in 1989 but this was later attributed to a later crash, in 1947. But a research team led by entrepreneur Andy Marocco is convinced that, rather than flying east out of Fort Lauderdale and getting lost in open water over the Atlantic, the flight went down over the Everglades. As it stands, there are no known unexplained wrecks of Avengers in or near Florida, and the Lost Patrol remains to be found.

In 1972, Eastern Air Lines Flight 401 took off from New York to Miami but crashed over the Everglades, killing 101 of the 176 on board. Among the dead were pilot, Bob Loft, and flight engineer Don Repo. The crash was found to have been caused by a minor technical fault, which was then fixed by Lockheed. Some of the parts of the downed craft were able to be salvaged for use in other airliners.

But pilots, flight officers, even a vice president of Eastern Airlines, later reported seeing the two on flights that had reused the components from the crashed aircraft. The Eastern Airlines VP reportedly had a conversation with someone he assumed to be the captain, but as soon as he realized it was Loft, the apparition vanished. On board one aircraft, a galley oven was mysteriously repaired despite the insistence of the plane’s engineer that he did not carry out the repair and there was no other engineer on board. A flight attendant sighted a man that resembled Repo seemingly carrying out repairs on the oven.

But one of the most startling incidents happened on the Tri-Star 318, where flight attendant Faye Merryweather saw Repo’s face staring out from a galley oven. Two more witnesses backed her claims, and all three heard Repo say “Watch out for fire on this airplane” before he disappeared from sight. Later in the flight, the plane encountered serious engine trouble, and the last leg had to be canceled. Interestingly, the galley oven had originally been aboard Flight 401.

According to the legends, the Everglades Ghost Ship was originally a pirate vessel in the 18th or 19th century, which targeted a merchant ship to pillage. The merchant ship led the pirate ship on a lengthy chase, and when it was finally caught in Cape Florida, the pirates were so incensed that they made every man aboard walk the plank to their death in the murky swamp. But having been forced to watch the slaughter of the crew, the wife of the skipper reportedly cursed the pirates and immediately an enormous tidal wave dragged the pirate ship far inland. To this day, it is doomed to roam the twisting waterways and labyrinthine swamplands of the Everglades, searching for a way back to sea. Natives, locals and hunters have all reported seeing the spectre of the rusted ship wandering aimlessly through the depths of the swamps.