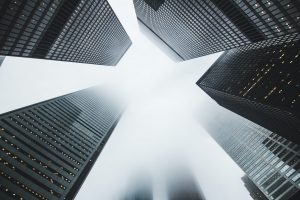 It’s a truism in today’s hyper-connected world that people go where the jobs are, more so now than ever before. But what happens when your job suddenly can be done from anywhere?

The 19th century ushered in the first and second Industrial Revolutions that saw more and more people move to urban environments, precisely because that’s where the jobs were. In the United States, the rise of manufacturing opened a new world of employment possibilities, pushing people from the farm to the factory. It’s a push that in one way or another continued into the 20th and 21st centuries. The result is seen today in the population densities that cram big cities from coast to coast, border to border.

According to the United Nations’ World Urbanization Prospects report and the website Our World in Data, the world crossed over in 2007. That’s the first year the number of people living in urban areas rose above the number living in rural areas (3.35 billion versus 3.33 billion). In the United States, around 82.3% of the population lives in urban areas, according to the World Bank. Growth trajectories project a steady increase in urbanization as far out as 2050.

Today, the millennial generation is changing the character of urbanization by spearheading the live-work-play ethos. This generation prefers to skirt the traffic jams and live and play near where they work. The goal to have it all close by has given rise to the mixed-use building concept that puts everything – your living options, your entertainment choices and your shopping – all in one convenient location, which preferably, is near your workplace.

It also means we are all living closer to each other in smaller and smaller spaces. That seemed to suit a lot of people just fine. Then the COVID-19 pandemic happened, and all of sudden, none of that seemed fine at all.

The pandemic resulted in shelter-in-place orders that forced people to live 24 hours a day in their homes while also working from their home offices if they had one, or their kitchen tables if they didn’t. The very idea of needing to go somewhere else to do your job turned out to be not so much of necessity after all. In just a few months, priorities appear to have shifted. Now, many of us seem to crave space, the great outdoors, and we seem to be split 50-50 on whether we want to continue working from home, wherever we choose that to be, or prefer an official office setting, mostly for the socializing.

There is little doubt that the world has changed as a result of the pandemic. Most experts are puzzling on whether that change will last and just what our cities will look like as a result. The fact is, though, that change was already in play before COVID-19 hit.

My company focuses on nine major U.S. markets like Orlando, Miami, Atlanta and Philadelphia. We talk to industry and political leaders to understand the issues their communities face to gauge the direction in which they are moving. Today, everyone is talking about the pandemic’s impact on the retail sector, for example. Yet, e-commerce was already a thing before COVID-19. In 2019, a record 9,800 stores were shuttered, according to a Bloomberg report, with 25,000 closures expected in 2020 due to the coronavirus impact, the report said, citing Coresight Research. Yes, that’s a devastating impact, but the pandemic really has only accelerated the pace of implementation. It pushed more people online immediately, but those people were likely headed there anyway.

Many of the leaders we have spoken with during the pandemic agree that retail and commercial real estate was already undergoing a slowdown as industrial space to accommodate last-mile delivery for the Amazons of the world was booming. Many expect this trend will continue.

More importantly, what the pandemic has done has caused a rethink of priorities among individuals and it is this impact that will likely shape the post-pandemic city. Living in lockdown awakened people to the “smallness” of their space, forced on them by a combination of convenience and higher and higher housing prices in big cities. The median listing price for a home in Miami-Dade, for example, was $465,050 in May compared to the average U.S. listing price of $329,950, according to the Federal Reserve Bank of St. Louis. Interestingly, population growth in Miami-Dade was already slowing as more people moved out, with escalating living costs among the factors. With the pandemic highlighting the risks of living so close together, will more people decide that farther away is not only cheaper but safer?

Big city living will change in the post-pandemic world as social distancing forces “people places” like gyms and restaurants to accommodate lingering fears from the virus. Tens of thousands of small businesses have already closed down for good, clearly altering the very unique characteristics of cities that attracted people in the first place.

The biggest impact, however, will be on how – and where – jobs are done. Remote working is here to stay in some form or another. Like the industrial revolutions of the 18th and 19th centuries, people will always go where the jobs are. For many, those jobs will now be done from home, which means that home can be virtually anywhere. It creates choice like never before, and this will dramatically alter the character, although not likely the course, of urbanization. That’s an important difference.

Big cities have seen the ebbs and flows of population growth before and will likely see them again. Through it all, they have more often thrived than not. The post-pandemic city may look and feel a bit different – the way condo units are built, for example, may change to accommodate working from home, while adding elements like air filters to battle any future virus outbreak – and there may even be a greater push to the suburbs in the short term. Overall, however, continued urbanization likely will remain on the cards. If we’re lucky, there may just be a little more distance between all of us.