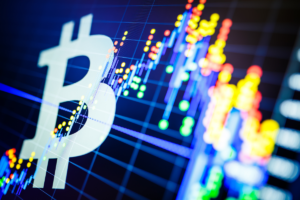 2 min read April 2021 — The Miami tech scene continues to ramp up with the inaugural, but unofficial, Miami Tech Week.

While Miami Tech Week has normally referred to the eMerge Americas technology conference, that is no longer the case after the “tweet heard around the world” — Miami Mayor Francis Suarez’s now famous, “How can I help?”

The tweet began a flurry of activity and a cascading effect that has seen numerous venture capital firms, institutional banks, investment companies, and of course, tech startups and individual entrepreneurs relocate or expand their offices and operations into Miami. What started as a trickle and grew into a mighty river seems poised to open out into an ocean of tech and talent, catalyzed by the launch event for On Deck, a Silicon Valley-based accelerator-style program announcing its intention to bring together “founders, operators, and investors to explore ideas, build projects and grow their networks – all in the burgeoning Miami technology ecosystem.”

The tech week, while unofficial, will be kicked off by one of the mayor’s popular “cafecito talks” at Miami City Hall at 9 a.m. on Wednesday. The mayor is capitalizing on another tweet, by Delian Asparouhov, the Miami-based principal of Peter Thiel’s Founder’s Fund venture group, last Sunday. “Ladies and Gentlemen, welcome to the unofficial start of the inaugural Miami Tech Week. I know of at least 100 founders, VCs etc all flying in. Reply here if you’re gonna be in town this week so folks can know!”

The original, private On Deck event that Asparouhov was referring to has now morphed into a “week” of cafecito talks, networking events and discussions between the mayor, his Venture Miami team appointed to woo potential investors and businesses, and anyone who might want to experience what the city and it’s pro-business climate have to offer.

The week comes after a series of announcements that has seen Miami become, almost overnight, one of the leading cities to accept cryptocurrency, as FTX, the largest bitcoin conference in the country, announced a move from LA to Miami with the renaming of American Airlines Arena to FTX Arena and the city considering options to pay employees in cryptocurrency and accept payments (including taxes) in kind. Hotels, retailers, and even nightclubs such as Miami’s famous E11even have since jumped onboard, and have begun to accept Bitcoin, Bitcoin Cash, Dogecoin, Ethereum, and others as payment

While the technology scene in Miami is justifiably excited for what’s to come, the wave the city and mayor are currently making the most of is a testament to the power of social media, and its role in helping to propel the region into what may arguably be considered the biggest win to come out of the pandemic.

With remote work and technology having been placed front and center for everyone at the onset, many began to understand that working remotely meant working from anywhere. Working from anywhere soon became working in the sunshine, the sandy beaches, and in the low-tax pro-business environment that Florida — and specifically Miami — have fostered.

Some of the events planned for the week include:

In an email to the Miami Herald, Asparouhov explained the sentiment behind the moment:

“It’s an exciting time where through a series of tweets and memes we were able to convince almost 1,000 founders and VCs to coordinate trips to Miami in the same week in April,” he said. “It’s amazing to see the community come together and this could not happen without the support of the mayor and the local tech community in Miami who are receiving this influx of interest with such enthusiasm.”