The art of going public

The art of going public 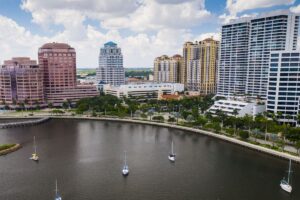 2 min read October 2021— A once obscure path for private companies to go public is gaining traction in South Florida. Through mergers with special purpose acquisition companies (SPAC), also known as blank-check vehicles, companies from multiple industries are gaining access to liquidity without the hassle of a traditional IPO.

In June, for example, Miami-based Cano Health secured a $4.4 billion deal by merging with local SPAC Jaws Acquisition Corp. With the transaction, the primary care provider has been able to expand its operations in Florida and another five states. For 2021, the company is expecting   revenue of $1.6 billion and between $2.5 billion and $2.6 billion for 2022.

“[The merger] gave us a path to becoming a public company in a shorter timeline,” said Cano Health’s CEO Dr. Marlow Hernandez in an interview with the South Florida Business Journal.

Cyxtera Technologies and Palm Beach-based BurgerFi are also on the SPAC wagon. While many restaurants scaled down or even closed in the midst of the pandemic, BurgerFi managed not just to survive but to expand thanks to the influx of cash brought by its merger with OPES Acquisition Corp. The fast food chain is now looking to have 500 units nationwide by 2025.

During a recent interview with Invest:, Albert Llodrá, managing director of Vaco South Florida, highlighted the advantages of SPAC mergers for local companies. “Competition among private equity firms have driven up valuations, as well as the use of special purpose acquisition companies becoming vogue around midsummer. For example, we have a client in the technology sector that was able to secure a $1 billion valuation with revenues of $40 million in annual revenue led by a superior management team. SPAC has become a much more inexpensive way to be a publicly traded company rather than the lengthier, and costlier, traditional IPO process.”

As shell organizations created to facilitate the public consolidation of private companies, SPACs have enabled businesses in South Florida to secure liquidity, enjoy the perks of an IPO and expand their operations. The practice became particularly popular in 2020 as the pandemic forced companies to employ innovative ways of acquiring new capital fast. SPACs have been around since the 1990s but new regulations have made the practice much more transparent, according to the South Florida Business Journal article.