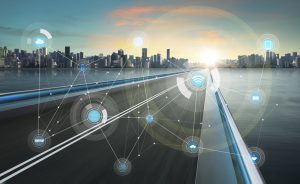 2 min read March 2020 — The convenience economy means reality is increasingly becoming virtual, cloud-based and autonomous. Essentially, anything that can make life less complicated is likely to be a hit. From online banking to ride-sharing, the possibilities of technology are endless. Not only is Greater Fort Lauderdale developing the software, but it is also providing the venture capital funding.

Last month, GFL-based bookkeeping and accounting app Xendoo was chosen as one of 10 companies in South Florida that would receive $75,000 to scale their business via the Finance Forward US accelerator program, which is backed by the MetLife Foundation, PayPal and Village Capital. Previously, Xendoo had secured $3.5 million in funding.

Greater Fort Lauderdale’s technology chops are clear to see. Since 1994, Fort Lauderdale has been the headquarters of Microsoft Latin America. Motorola Solutions’ Plantation facility developed an advanced two-way portable radio for use by police, fire rescue and other first responders. Southeast Florida was home to the first IBM PC and the first smartphone.

GFL also knows how to foster talent. Citrix was established in Fort Lauderdale in 1989 as an IT company with market-leading cloud, collaboration, networking and virtualization technologies and now boasts $2.97 billion in annual revenue. And Plantation-based construction project management company e-Builder was acquired by Trimble for $500 million in 2018.

The region is not only bringing the technology and innovation, but also the funding. Fort Lauderdale-based AutoNation recently announced it would invest $50 million in Alphabet’s Waymo self-driving technology. “Waymo is the proven leader in self-driving technology, is the only autonomous vehicle company with a public ride-hailing service, and is successfully scaling its fully driverless experience,” Waymo operating board member Egon Durban told Silicon Valley Business Journal.

Another factor behind the marriage of tech and venture capital is the concerted effort of associations to continue to bring both sectors together. TechLauderdale promotes involvement in Broward County’s tech ecosystem by hosting events that bring together technology companies and funding. The association also promotes education and retraining for those who want to get involved in startup activity.

“Our startups were having problems scaling up,” Richard Berkowitz, chair to the Broward Workshop’s technology committee, told South Florida Business Journal. “Our hope is that the rest of the business community and technology community in Broward County joins in creating this very strong platform to enhance our tech ecosystem.”