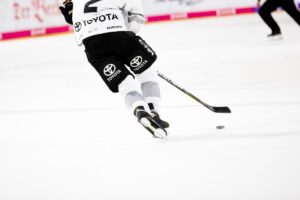 2 min read July 2020 — There’s nothing like the sweet taste of victory, so the saying goes. Tasting it twice is even better. That’s what the Tampa Bay Lightning accomplished this week, carrying on what seems to be becoming a tradition in Tampa Bay: winning.

The Stanley Cup will enjoy another offseason under the Tampa sun after the Lightning celebrated back-to-back championships with a win over the Montreal Canadiens on Wednesday night. The 1-0 win in Game 5 cemented the Lightning’s place in the history books as only the second team in the salary cap era to enjoy a repeat championship. This marks the third pro championship win for the local market in a year, a run kicked off by the Lighting last summer.

The sports scene in Tampa Bay provided residents a rallying cry in a year marked by the pandemic disruption. “By August of last year, it really looked like we were going through three pandemics at the same time: a health pandemic, a financial pandemic and the social divide and unrest. Sports is a uniter of people, a uniter of cities. When we won the Stanley Cup championship, it helped the psyche of our community. It gave them something to celebrate. It was great for our brand, the city’s brand and the community’s brand,” Tampa Bay Lightning CEO Steve Griggs told Invest: in February. “It allowed people to come back together. It provided a sense of joy that had been missing for a long time. Then the Rays went on to win the American League and the Bucs won the Super Bowl. Sports are all about hope. Just the glimpse of normalcy has allowed us to continue to move forward versus being stuck or moving backward.”

This Lightning win is the latest for “Champa Bay,” with this title coming on the heels of Tom Brady leading the Buccaneers to a Super Bowl victory in February. Over on the diamond, the Tampa Bay Rays went to the World Series last fall and are currently second in the American League East standings.

The celebrations this year will look a lot different than under the socially distanced, capacity restricted guidelines of last summer. However, the COVID-born boat parade celebration is here to stay. What started as a result of the pandemic, and was then made famous by Brady’s rambunctious throwing of the Vince Lambordy trophy from boat to boat, is now a new city tradition. “We’re gonna do it the way we do it in Tampa Bay, which is the original boat parade,” Tampa Mayor Jane Castor said Thursday. “The river and the bay really are the center of the Tampa Bay area, so to be able to celebrate in that way…is a great bonus. How unique is it? What other hockey town can have a boat parade for a celebration?”

The Tampa Bay Lightning boat parade is scheduled for next Monday morning, kicking off at Marjorie Park on Davis Island and concluding with a celebration at Raymond James Stadium.

Photo by Markus Spiske on Unsplash