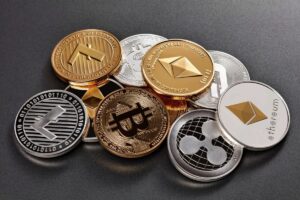 2 min read October 2021 — Over a short period of time, Florida has quickly become fertile ground for the fintech industry, especially in metropolitan hubs like Tampa Bay. In less than a month, the city will host The Florida Bitcoin & Blockchain Summit at Amalie Arena.

The event, which touts itself as “Florida’s first blockchain and fintech in Florida focused event,” will take place on Nov. 4 and 5 with the intention to unite political leaders, stakeholders and business owners in the hopes of strengthening Florida’s burgeoning fintech industry.

“There are a lot of nuances to how blockchain is being used, but that’s the problem — we need to meet one another and know what everyone is doing, so we can have a cross-flow of ideas,” Chris Krimitsos, one of the event’s founders, told the Tampa Bay Business Journal. “Tampa is becoming a hotbed of technologies and I do feel like Tampa will take the lead in the state when it comes to blockchain innovation. Miami is the international hub; Tampa could be the sister city.”

BlockSpaces, a blockchain integration platform, which was co-founded by Gabe Higgins and Rosa Shores, two of the primary collaborators of The Florida Bitcoin & Blockchain Summit, recognized the potential of the Tampa Bay area when they opened their physical BlockSpaces space in 2017. Since then, the city is now home to six companies entirely focused on blockchain and cryptocurrency technology.

“BlockSpaces is developing among a very large and rapidly growing market in the blockchain space,” said Leadout Capital Managing Partner Ali Rosenthal, a company that gave $1.3 million in seed funding to BlockSpaces. “As we learned more about the Florida technology ecosystem, we saw that Rosa was truly steeped in building that blockchain community.”

Over the last decade, Tampa Bay has continued to work to attract more fintech-focused companies. “We know that we want to be in this space, but will continue to reach out to others for guidance,” said  Saxon Baum, vice president of investor relations at venture capital fund Florida Funders to Crunchbase News. “We have a city taking off with blockchain. We have Pocket Network going to be a unicorn, which will lead to people making money and then going out and starting their own companies, which will grow the ecosystem. Tampa is perfectly set up for continued growth for blockchain.”