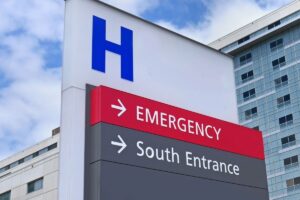 2 min read September 2021 — A series of new healthcare expansions and successes in recent months — from the building of entirely new hospitals to the formation of international collaborations — has further solidified Tampa Bay as one of the country’s leading healthcare hubs.

Nashville-based HCA Healthcare, one of the largest national hospital systems, has tapped Tampa as a key area for continued expansion. Ranked No. 65 on Fortune 500’s list, HCA Healthcare is building the state’s first center for endocrine surgery in a $50 million expansion of Memorial Hospital of Tampa. The center, boasting 75,000 square feet, will open to see new patients in January 2022, according to local news reports.

BayCare Health System in Tampa is also reinvesting in the area, with its plans to build a replacement hospital for the South Florida Baptist Hospital. The new $326 million hospital will take 28 months to complete, with the project kicking off in August, according to Becker’s Hospital Review.

BayCare Health System also opened an expansion to its Mease Countryside Hospital in Pinellas County in September. The $156 million project saw the completion of a new patient tower and creates additional private bedrooms. In all, the new tower adds 76 new beds and 30 observation beds to the hospital, according to a company news release.

In August, AdventHealth North Pinellas Hospital opened a new emergency department in Tarpon Springs that is nearly double the size of the previous emergency wing, greatly expanding capacity at a critical time during the COVID-19 pandemic, and offering an increased number of private patient rooms, which helps to better control the spread of infectious diseases. The new facility is valued at $20 million.

Tampa General Hospital, a 1,007 bed hospital and one of the largest hospitals in the country, has been named one of America’s Best Employers by Forbes Magazine. The hospital was ranked third among all Florida businesses for places to work, and is also one of the top organ transplant centers in the United States. Tampa General is now collaborating internationally, working with Israel’s Sheba Medical Center to expand its research capacity and services in education, training and innovation, according to Becker’s Hospital Review.

The Tampa Bay area has managed the COVID-19 pandemic efficiently, largely through increased coordination among hospital systems, healthcare leaders said during a roundtable at the Invest: Tampa Bay 2021 Launch Conference in June 2021. In fact, John Couris, president and CEO of Tampa General Hospital, said the regional leaders were still meeting every Monday to coordinate technology, infrastructure and other resources to better meet the needs of the region.

“And that is a huge contribution, because we fiercely compete — which is a great thing. Competition is good. But when it comes to public health, we all recognize that that transcends competition and we came together for the region,” said Couris during the Invest roundtable.

The COVID-19 pandemic has also encouraged the hospitals in the area to innovate and provide new services. For example, telehealth services are rapidly expanding in Tampa Bay, according to Scott Heberlein, partner with HealthEdge Investment Partners, and mark an important new avenue of care for the region’s patients, Heberlein said during the roundtable.

Couris also noted during the Invest: roundtable the creation of the Global Emerging Diseases Institute, a collaboration between Tampa General Hospital and the USF Health Morsani College of Medicine. The newly-founded Institute, which provides inpatient care, as well as research and teaching, was prompted by COVID-19 but will address other diseases, as well.

“We’re taking this even further as COVID-19 sort of waxes and wanes. … We also realize there are other infectious diseases we could do a better job with,” said Couris during the roundtable.

Biotech sciences and life sciences also continue to grow in the Tampa Bay area. In February, Pfizer announced plans to open a new “global capability hub” in Tampa, opening an office complex in Tampa’s Heights Union, according to the Tampa Bay Business Journal.

In 2020, revenue from managed care from Tampa Bay area hospitals exceeded $21 billion, according to the Tampa Bay Business Journal.