Thanksgiving in the Queen City 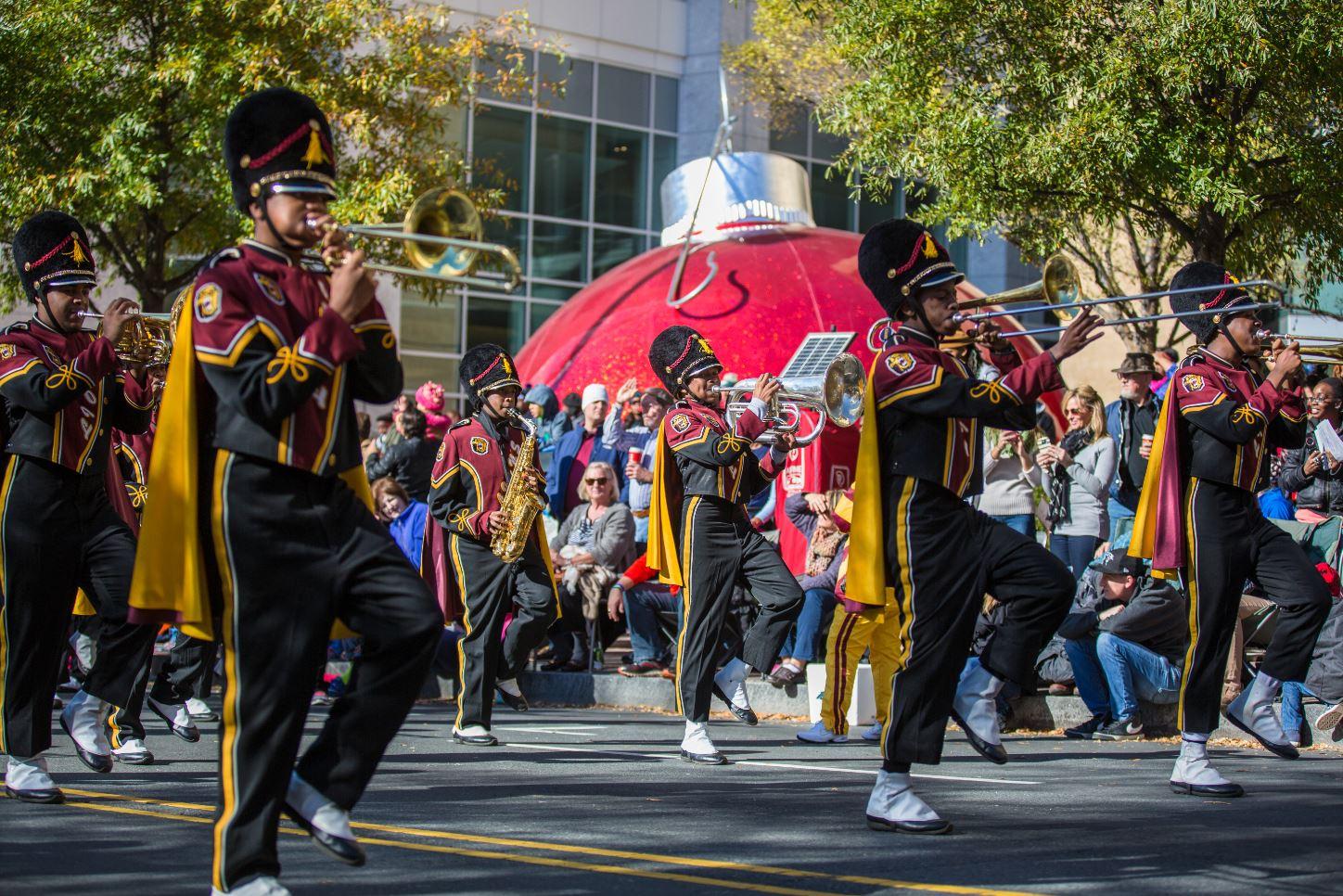 2 min read November 2019— Gratitude, family, fellowship, outdoor activities, turkey, gravy, and shopping are some of the characteristics closely associated with Thanksgiving Day, and the Queen City offers no shortage of any of these during the fourth Thursday of November through the long weekend. The signature North Carolina cold weather allows for some outdoor, family fun while the feast cooks slowly in the kitchen. From famous parades, Black Friday shopping preparations, and ice skating, Thanksgiving Day in Charlotte offers plenty of activities for the entire family.

While New York City has the Macy’s Parade, Novant Health, one of the region’s largest employers, has wowed Charlotteans with fancy parade floats, marching bands, live music, and recognizable cartoon characters for the past 72 years. Known as the “Mile of Smiles,” The Novant Health Thanksgiving Parade is a beloved tradition drawing families from across the southeast to Uptown to kick off the start of the holiday season. The parade starts at 9 a.m. on Thanksgiving Day and draws more than 110,000 attendees. The parade begins on 9th Street heading South on Tryon Street to Stonewall Street, where different ethnic organizations display their pride and colors, while marching bands from a variety of educational institutions keep the energy upbeat as they make their way through the Mile of Smiles. The party continues at the end of the route with performances from a bevy of local talent. For those who would rather snooze a bit longer on Thanksgiving morning, the parade will be broadcast online and on local TV stations.

While Thanksgiving Day is a time for reflection, it also marks the start of the holiday shopping season. Black Friday has become a national tradition, and the area’s local shopping malls are gearing up for the influx of shoppers expected to get a leg up on the holiday shopping season. In the spirit of enjoying time with the family, many recognizable stores have chosen to close on Thanksgiving Day and open early during Black Friday. According to bestblackfriday.com, a website that tracks Black Friday deals and news, stores such as Burlington Coat Factory, Costco, Lowe’s, Marshalls, Neiman Marcus, Nordstrom, Petsmart and Sam’s Club, among others, will be closed on Thursday nationwide. Locals looking for deals can head to Concord Mills, SouthPark and Northlake shopping malls early Friday morning, as they have adjusted their schedules to accommodate shoppers.

Families looking to avoid a turkey stupor can also head to the NASCAR Hall of Fame to stretch their legs and ice skate under the night sky. During this time of the year, the mecca for all things NASCAR turns into a magical winter wonderland, known as Holiday on Ice and featuring one of Charlotte’s best ice skating rinks. Families can enjoy selfies with a giant polar bear, or a large Christmas tree, or a walk through the Ceremonial Garden that features thousands of holiday lights. A trip to Holiday on Ice is the perfect way to finish Thanksgiving and embrace the upcoming holiday season.