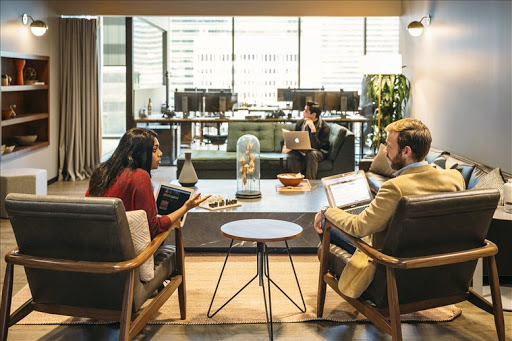 Research has shown that Charlotte is able to attract younger generations due to its affordability and quality of life. Cincinnati-based Growella conducted research on the friendliest cities for under-35s, measuring indicators such as entry-level job availability, time spent commuting and strength of paycheck, and Charlotte came out No. 5, with an A grade.

“With a growing tech workforce, a booming financial industry and a strong millennial growth rate, Charlotte is poised to be a forerunner of economic expansion not only in the Southeast but in the United States,” said real estate firm Cushman & Wakefield in a report on the city.

Charlotte ranked seventh in Growella’s research for strength of paycheck, which indicates how high salaries are compared with the cost of living. The city also boasts solid infrastructure, transport links and a dynamic nightlife. With characteristics that allow it to entice more of the young workforce, Charlotte is becoming a titan in attracting disruptive industries, such as tech and innovative financial services.

The predominant US tech hub is undoubtedly Silicon Valley in San Francisco. But it seems more and more startups are looking to more affordable cities that have favourable demographics. The frontrunner is Charlotte.

One company that decided to headquarter itself in Charlotte is SmartSky Networks, which aims to transform aviation using disruptive technologies. Another is Passport, a provider of digital parking software. MapAnything, Sitehands, PeraHealth and many others have also chosen Charlotte to lay down roots. This is all serving as a boon for the city’s real estate industry, and office space in particular.

At the end of the second quarter, Charlotte’s average rental rates increased 13% on the year, above markets such as San Jose, California, which saw an 11.8% rise and even the home of Silicon Valley, San Francisco, which saw a 9.4% increase.

But even though property is rapidly increasing in value, it is still far more affordable than many business hubs, making it a no-brainer investment opportunity for many forward-thinkers. “Rent as a percentage of household income is still substantially below the likes of much larger cities like Boston, Chicago, Seattle and Miami,” said Dave Welk, Director of Acquisitions of private equity real estate firm Origin Investments in an article written for the company.

Nearly 5.1 million square feet of office space is under construction in Charlotte, the majority in the Central Business District (CBD). Most recently, real estate investors The Spectrum Companies and Invesco teamed up to break ground on a 577,000-square-foot mixed-used development in Charlotte’s CBD that will eventually house two 11-story office buildings.

As demand drives up prices, existing assets are also selling for eye-watering amounts, with the top five transactions so far this year totaling $855 million.

“As space is leased and rental rates continue to rise, owners are expected to sell properties for record-high amounts as Charlotte demonstrates it is a viable and highly sought-after investment market,” said Cushman & Wakefield.