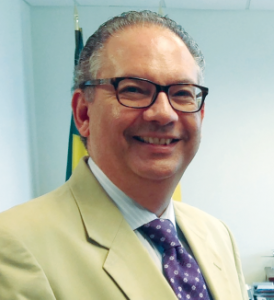 How significant is trade between Brazil and Miami?
Brazil ranks second in imports tonnage at PortMiami, accounting for 206.29 million tons in 2013, with imports varying from commodities – stone, earth, wood, ceramic products, leather – and manufactured items, representing a total import value of $3.29 billion for the Miami Customs District, which includes. PortMiami accounts for $709.65 million of Brazil’s exports in 2013, thus Brazil ranks fifth in terms of value exported, with top exports being machinery, electrics, plastics, optics, medical equipment and vehicles. Trade between Brazil and the Miami Customs district has grown by over 50 percent since 2011, setting a record for the fourth straight year in 2013. Brazil is Florida’s number one trade partner, and PortMiami plays a major role in maintaining its position.
How has the Brazil-Miami connection influenced other aspects of Miami-Dade’s economy?
Florida remains a top international tourist destination for Brazil, receiving 54 percent of all Brazilians visiting the U.S. Miami-Dade County captures 70 percent of Brazilian tourist expenditures in the state, totaling  $2.38 billion, with 755,550 Brazilian tourists spending $1.68 billion in shopping, dining and entertainment in 2013.
Brazilian investments in Florida real estate are significant, with the median value of property purchased averaging $457,000. The majority of buyers purchase real estate for second home purposes instead of investment returns, with 82 percent of real estate acquisitions by Brazilians in Florida are done in cash.
Miami is of particular importance for Brazilian companies attempting to internationalize their organizations in the U.S., particularly small to medium-sized companies. Among the leading Brazilian businesses in Miami-Dade County are Odebrecht Construction, Embraer Aviation Co., Bauducco Foods Inc., Taurus Inter-national Manufacturing Inc., Banco do Brasil Americas, 3G Capital (which owns, for example, Burger King Corporation), Giraffas Restaurants and Shrimp House.
What challenges lie ahead for Brazil-Miami relations?
Two areas of negotiation between Brazil and the U.S. pose challenges in furthering trade, commercial and tourism ties between the two countries, with great consequence for Miami-Dade County. One is the final phase of the “open skies agreement,” which would remove caps on the number of flights that can travel between the two countries. Another concerns the lifting of visa requirements for Brazilians to the U.S. Current rules dissuade Brazilians from visiting the U.S. because the application process is costly: the application fee is high; interview turnaround times can take up to four months; and there are costs related to domestic travel and accommodation to visit one of the few U.S. consulates in Brazil.