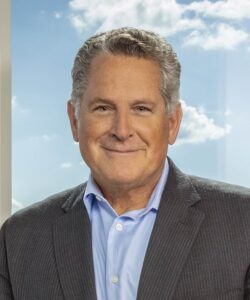 2 min read June 2021 — Giarratana has played a significant role in the building of Nashville’s urban living ecosystem. In an interview with Invest:, Tony Giarratana, president of Giarratana, discusses the tremendous growth and health of Nashville, as well as the exceptional demand for urban housing with tens of thousands of new high-paying jobs being created in the downtown area.

We introduced urban living to Nashville with the first high-rise apartment tower and first high-rise condominium tower in the Core submarket. We then invested in the area south of Broadway just as it was becoming known as the SoBro submarket. We bought most of three blocks and developed the first highrise apartments and condominium towers in SoBro. We are also active in the Midtown submarket. With the exception of our affordable housing projects, all of our developments are concentrated in these few submarkets.

We are committed to providing the Live, Work, Play lifestyle with the highest quality, most visually stimulating and well-located buildings in the city. We applaud what other developers do, but our niche is carved-out at the very top of each of these categories as best-in-class.

What makes Nashville a great market to be in?

Jobs are driving our development of housing in the downtown area. Corporate relocations and expansions into the Nashville area are creating tens of thousands of jobs, attracting highly paid, creative-class employees to our city. We are laser-focused on delivering the most walkable, architecturally significant and highest quality apartments and condos for these individuals.

Nashville and the State of Tennessee have been blessed with great leadership in both the public and private sectors. Nashville’s economy is highly diversified and virtually all sectors are booming. We have a highly educated workforce, renowned universities such as Vanderbilt, Belmont and Lipscomb, and the second largest influx of tech jobs in the nation!

We are also the music capital of the world with many talented musicians. It’s not uncommon for today’s waiters and waitresses to go on to become internationally known performers. The music scene contributes substantially to the “hip’n cool vibe” that Nashville enjoys.

Nashville is attractive to people all over the country because of its small town feel, high quality of life, business friendly government, low cost of living, wonderful climate and lack of state income tax. While we are focused on the urban aspect of Nashville, you are only a few miles away from the beautiful countryside that surrounds Nashville’s city center.

What is the current health of multifamily in Nashville?

We’re entering a period in which demand for quality housing exceeds available supply as employees move into numerous headquarters buildings that have been built over the past several years. I read recently that we have only a three week supply of for sale housing. Demand for rental apartments is also strong, as many relocating professionals chose to rent and get a feel for the city before purchasing a home.

Last year during Covid, a vacation rental company that had 140 units under lease in 505 went under. 505 lost 40% of its occupancy overnight, dropping from 94% to 54%. We gained control of the units in January 2021 and, within a few short months, were able to re-lease these units to traditional residents and return our occupancy to 96%. This extraordinary leasing velocity speaks to both our talented management team and the strength of the downtown market.

What are some recent technological innovations you’ve implemented?

We are integrating the city’s first Mitsubishi elevators in our next generation of apartment towers: Alcove and Prime. These state-of-the-art elevators are fast, quiet and dependable. And our residents won’t be touching buttons, they’ll be calling the elevators using their iPhones!

Another thing we’re doing is fully integrating our building processes to ensure an efficient and transparent leasing experience for our residents. Our access controls, security, leasing, high-speed WiFi, and climate controls are all fully-integrated. Our residents are going to love it! We’re excited to be rolling out a level of integration and technology that does not yet exist in our city.

Are you facing any issues with regard to capital?

There is a record amount of debt and equity capital seeking to be deployed in the burgeoning Nashville market. We quickly secured a $191 million senior construction loan commitment for our two new apartment towers at 801 and 900 Church, and were able to raise $31 million in sponsor equity in only 90 days earlier this year. This strong interest in Nashville real estate, particularly multifamily, is driving cap rates to record lows and sale prices to record highs.

How are you helping to bring affordable housing to the city?

Last year, we did a ribbon cutting for 39 beautiful apartments for homeless veterans in Curb Victory Hall. We’re also building workforce housing for which there is extraordinary demand. Numerous studies have suggested that Nashville needs well over 30,000 affordable housing units. We will deliver 107 new units in Pearl Flats later this year and are in the early planning stage for many more units in the years ahead. It’s one way we give back to the community.