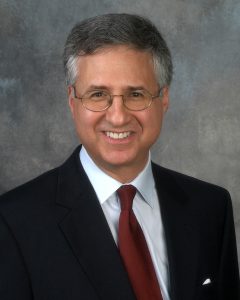 2 min read August 2019 — Transportation is a hot topic issue throughout South Florida, and as the population in the region continues to grow so do the challenges. While the roads seemingly become more congested every week, there is a significant emphasis on using other forms of transit. For 30 years, Tri-Rail has been one of the leading alternative forms of transit for visitors and residents of South Florida alike. Invest: Greater Fort Lauderdale recently had the chance to sit down and speak with Steven Abrams, the Executive Director for the South Florida Regional Transportation Authority, which is the governing body that operates and oversees Tri-Rail. Abrams discussed Tri-Rail’s longevity in the South Florida Community, how it is working in tandem with Virgin Trains USA (formerly Brightline), the ways in which it is using technology to improve operations and what is contributing to the steady uptick in ridership.

What has contributed to Tri-Rail’s longevity in the South Florida community?

This year is Tri-Rail’s 30th anniversary. Tri-Rail started as a traffic mitigation project along I-95 while 95 was being widened, but it was supposed to be a stop-gap until the completion of the project. Thirty years later, it is still thriving. Over those 30 years, we have improved our service, added more trains, added weekend and holiday service and added connections to the area’s three airports. We are a transportation system that has become popular over time and we have embedded ourselves in the tri-county area.

How are you working with Virgin Trains USA to improve rail transportation in the community?

We have a collaborative relationship with Brightline, and we anticipate that it will only be a benefit to both services. Brightline is geared more toward the tourism population, whereas Tri-Rail transports 15,000 riders a day to work and school. Our riders mainly consist of clerical workers, blue-collar workers, construction workers and students. It is a different market than Brightline, but we work very closely together and hope to be able to feed each other’s passengers into our system. We are far along on plans to enter Brightline’s downtown Miami station. The platform has been constructed, and we are just waiting on the approval for its Positive Train Control system. Positive Train Control is a safety system that was mandated by the federal government for all railroads in the country. Once Brightline’s system has been certified, we can apply to be a tenant on its system and continue our existing service and extend up to about half of our trains into downtown Miami. We are hopeful that this will occur in the near future.

How is Tri-Rail using new technology to improve operations and the safety of its passengers?

We are installing a Positive Train Control system that adds an extra level of safety on what is already a safe system. The National Safety Council did a survey and concluded that you are more likely to die of radiation or from a cataclysmic storm than you are being a passenger on a train. The Positive Train Control system is required by the federal government, and we anticipate that it will add that extra measure of safety in terms of avoiding oncoming collisions. If the train is going too fast, the system will automatically slow it down. We do not have many curves on our system, so this is probably more of a benefit for trains up north where there are hills and curves. Nonetheless, we will be able to stop the train should it exceed speed limits.

What factors are behind the steady increase in Tri-Rail’s ridership?

There are three reasons and two are, in a way, related. South Florida is a tourist and service-related economy, and these individuals, like waiters or construction workers, cannot work from their homes. We have people coming from all over the world who are used to rail transportation in their countries, and they are feeding into our system. Our roads are also just becoming so congested. It used to be that our ridership would principally, and almost exclusively, fluctuate with gas prices, but now that  gas prices are stable and dropping, we still have people riding our system because ultimately it is the overabundance of cars on the road that are urging them to seek alternative transportation.