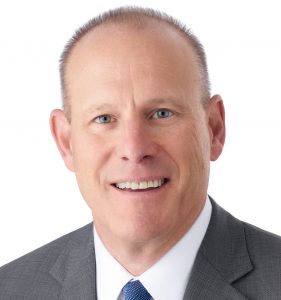 2 min read June 2020 — For 188 years, WSFS has served its community by staying true to its values and managing for the long term.  Ultimately, the true measure of the value of any company is how it responds during periods of adversity. WSFS Bank moved to a work from home and drive-through model during the COVID 19 pandemic to continue supporting its customers. It also involved itself deeply in federal aid programs, such as the PPP for small businesses, while looking forward to a reactivating economy, according to CEO Rodger Levenson in an interview with Invest:.

What have the last 12 months been like for WSFS in the Philadelphia region?

In March of 2019, we closed the acquisition of Beneficial Bank, which was a huge milestone for us. It marked our significant entry into the Philadelphia border region. This was followed by a well-done, award-winning marketing campaign that introduced the WSFS brand to the community in a thought-provoking way, sharing our nickname, which was really consistent with the way that Philadelphians view banks and where it is very hard to differentiate yourself.

We married all that with Beneficial and what they brought to the community. We waited until six months after the close to do the systems and branding conversion because we thought it was important to allow ourselves some time to get customers, associates and the community acclimated to our name and become familiar with us. We thought that because of the size of this market, there was value in taking some time.

At the same time, and as part of the Beneficial combination, part of the strategic rationale was to start in a significant way to really deal with the trend in banking over the last few years, which is this shift away from physical delivery channels like branches and more into digital channels – a trend that has been accelerated by the current environment. We used cost savings to invest heavily in our technology overhaul. Not that we had an offering that was lagging behind our competitors, but we saw the need to move faster than we had in the past.

What has been the bank’s strategy to adapt to the situation stemming from the COVID-19 pandemic?

I think this is a by-product or a combination of some good planning resulting from our business continuity plans. We clearly had not planned for an extended scenario or a pandemic, but we had plans in place, we had groups that had done offsite, remote workdays and things like that to be prepared. When we made the decision on March 16, to work from home, it was certainly an adjustment, but we weren’t starting from scratch.

On the retail office side, it was not a hard decision to go to drive-thru only. We saw that it was clear that we were dealing with a major health situation and the safety and well-being of our customers and associates; that was our No. 1 priority. We made the call and we went from 90 branches to 72, which were those that had drive-thru capabilities. After a few weeks of that, seeing our customers’ increased use of different channels like mobile, and to keep our associates safe, we adjusted even that footprint. We put together a different model in which our associates who were working at those locations, instead of working a five-day week, started working on four-day on, four-day off teams.

How involved is the bank in federal aid initiatives such as the Paycheck Protection Program (PPP)?

We were really pleased to be a participant in the PPP program from the Small Business Administration and serve our customers. When the dust settles from this program, we will have processed just about 5,000 loans and just a little bit under a billion dollars.

At the end of the day, that’s almost a billion dollars that we put into the regional economy. If you look at the spreadsheets and the people who received those loans, many were $10,000 to $25,000. These were real people who were in need, who did not have the resources that other people had. Hopefully, a lot of it will be forgiven. We did that whole loan program with everybody working from home and more than 200 associates working seven days a week.

What role will the bank, and the sector in general, play in reactivating the economy?

I think the banking community is really doing everything possible to support our customers and get them through this really difficult stage to bridge them into what hopefully will be the opening up and recovery in the second half of the year.

As things move forward and we open up our ability to continue to support those customers with additional lending requests, among others, we are going to do everything we can to support them and the community. We moved $3 million into the WSFS Foundation, which supports nonprofits in the region, and we did that because so many of those nonprofits are struggling right now. I think that is the beauty of the community banking model.