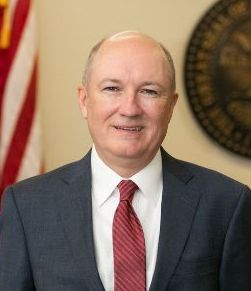 2 min read June 2022 — Invest: spoke with Rick Bell, mayor of the city of Lebanon, to discuss the region’s outstanding growth in business and population. “People are moving in, businesses are investing and we’re experiencing some of the best economic growth I’ve seen in my life,” he said.

How has your experience in both higher education and public service shaped your leadership skills as mayor?
Being a college professor in history sets you up for a job like this because it involves a lot of research and to make good decisions as a mayor, they have to be well-thought-out. Having the right information and gathering it before making decisions is an important characteristic and teaching helped me with that. In the higher-education realm, you learn how to think critically, look at all sides of an issue and really dig into something before reaching a conclusion. That plays a big role in public service: to be able to look at all sides of an issue and balance the positives and negatives for the parties involved. Being able to communicate with people from different backgrounds and mindsets is also a lesson I’ve applied to this job. It’s also important to listen and understand where people are coming from.

Considering the continual population growth in the region, what strategies are you implementing to guarantee the quality of life of current and future residents?
Quality of life means a lot of things to a lot of different people. One aspect that is really important is our park and greenway system. Recently, we put together a parks master plan to protect the green space we have and put in plans to connect them while building new recreational facilities. This sets us up well to get more grants to fund these projects. Additionally, I’ve announced plans for phase one construction of a sports complex that is underway. Lebanon hasn’t built a new athletic field for youth in over 20 years, so I felt it was time to do that again. Phase one will be to construct new soccer fields, which we are accepting bids for now.
Another important aspect is the restaurant and retail scene here, which is something we have tried to give more of to our population. Several new restaurants are opening in our historic Downtown, along with a great brewery that was opened by local investors. We also have East Nashville Brewery coming into the west side of town, which will create great opportunities for that neighborhood. Recently, we’ve announced national retail tenants that are coming into an older development that will be refurbished. We are focusing more on our empty buildings with construction costs being so expensive. We are redeveloping buildings that had major tenants before but that fell out of favor. We want to bring those spaces back to life.
As far as housing goes, we’ve written several policies to guarantee what is built here will be high quality. We’ve passed a comprehensive land-use plan and increased quality of construction on multifamily developments to do so. Traffic will become an inevitable issue, so enhancing our public transit and walkability of the city will be key in mitigating its impact.

What are the most vibrant areas of growth in Lebanon?
Several things are happening right now. For one, Tritium is a producer of electric vehicle chargers and they have chosen Lebanon as the site for their first U.S. manufacturing facility. It will bring in 500 high-end, well-paying tech jobs. My hope is that it will pull in more industries to Lebanon, including support industries. Pet-food maker Royal Canin has been here for several years and has announced a $200 million expansion, which demonstrates a continued investment in the city. Permobil is a manufacturer of electric wheelchairs and is doing a $20 million expansion as well that will bring in even more jobs. REI has also put in a distribution center here and will be entirely eco-friendly, with amenities like hiking trails for employees, which speaks to the innovation these types of companies bring in.
From a city perspective, we are working on a five-year master plan for our utilities, including the hire of a director. This will look at our water, wastewater and gas systems. Infrastructure is always a topic of conversation, especially roads, but our focus is really underground.

What is your outlook for the city of Lebanon in the next two to three years?
It’s a great outlook for Lebanon because we live in a thriving economy in Middle Tennessee. There are a lot of questions out there with inflation and the fears of a recession but things are going well here. People are moving in, businesses are investing and we’re experiencing some of the best economic growth I’ve seen in my life. A recent study forecasts an estimated 300,000 more people will move into the region over the next five years. It’s a great place to live and we need to make sure it stays that way.