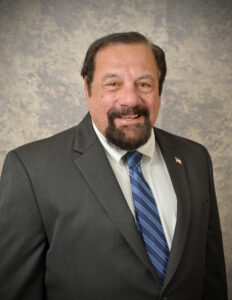 3 min read January 2023 — Norfolk County Commissioner Richard Staiti spoke with Invest: about his role in shaping the county’s economic and cultural development. He shared the strengths of Massachusetts, hopes for the future and what sets the area apart. “I’ve always told my kids that they live in one of the best states in terms of what is available, from top hospitals in the world to some of the finest universities located in the region,” he said.

What elements contribute most to the county’s economic success?

We’re business friendly, and by that, I mean there are several things that work in our favor. Canton and many towns in the county have a strategic edge in terms of its proximity to Boston. You can get to Boston from major highways such as Route 128 or I-95, and commuter rail is also available. The location also provides another advantage because the workforce has to have some place to live and get into work in town. As a zoning attorney, I can tell you that the zoning is designed to be business friendly while being balanced. You want to balance the needs of the residents versus industry, a good mix is always important for any community to be sustained. Several towns including Canton, in particular, have areas that are zoned specifically for business but keep it separated from residential zones. Amazon’s recent move to Canton along Route 138 Business corridor is an example of this type of zoning. A few years ago, we had the Westwood Station project which was a big success. We have an active Economic Development Committee that goes out and encourages companies to relocate here. We have TIF tax incentives that are given to businesses to come into a town, stay there and have a tax break. The combination of good zoning, the willingness of the local leadership to create TIFs, the strategic location in terms of rail and traffic – all of those things make Norfolk County very attractive.

What is the biggest need facing the county and Massachusetts as a whole?

I’ve had the pleasure of working with different state senators, and local officials across the state, not just Norfolk County. One thing that resonates is the need for housing, both affordable housing and just housing in general. There’s no question, we have a shortage. To that end, our zoning committee met with our local Selectboard and discussed ways to introduce a new zoning article that should affect housing . The goal is to create special zones to build housing in and around existing transit systems. However, if you look at the housing market, it seems to be cooling down a little bit. Which could mean that soon the supply could increase as well. The values are still up there and you can still get a good type of house, depending on what you’re looking for. So the valuation has increased, like all of Massachusetts, but it’s not to the point where there’s nothing available to stockpile. Legislatively, in the future, you’re going to see attempts made in terms of zoning to address that shortage in terms of the creation of more condo units and single-family homes.

What changes in demand are you seeing throughout the county?

I belong to a local chamber of commerce and, even there, the composition has changed from business and financing. Local businesses seem to be losing ground to more corporate companies. That seems to be the trend, at least right now. That’s not the only thing that’s happening, for example we have recreational companies like Topgolf coming in. At the moment, the market seems to be trending towards life science and pharmaceuticals. Once COVID hit, we saw an increase in empty office space. People have gotten accustomed to Zoom or virtual meetings and working at home, so many office buildings are going to be retrofitted to something else.

What are Norfolk County’s biggest strengths?

The Asian population seems to be growing in the area of Quincy, in Randolph and several other towns in the county – we see that taking place and new leaders are taking a more active role in our government. There are also more opportunities currently in education. I’m seeing a growing interest in students opting out four years of college for tech or trade schools. The pendulum is swinging in terms of trade and vocational education. We need our plumbers, carpenters, electricians and others. We’re building a highly trained workforce with a balance of careers. We have some of the best vocational and educational school systems in the county. Norfolk County has distributed over $40,000,000 in Federal Funds as part of the ARPA (American Rescue Plan of Action ) and is the leader of all counties in this ongoing effort to create more jobs and provide funds for infrastructure repairs and improvements for water, sewer, broadband and other areas across the county.  It is hailed as one of the best, well-run counties in the state. The Speaker of the House is from Norfolk County. We’ve got great leaders on the Hill. They care about the county, and they do a great job. They’re very transparent and they work very hard. Legislatively, it’s a team effort, and that’s another one of the great aspects of Norfolk County.

What are the roles of county governments in Massachusetts?

In different parts of the nation, county government plays a larger role in police and fire safety. Its larger role in Massachusetts got diminished in part because some counties just weren’t managed properly, and they went out of existence. There are six or seven active, operating counties. I feel very humbled and very blessed to serve in my role. To improve communication and continue to learn from each other we have established an ongoing, regular schedule where we meet the other county commissioners every three months.

What are the major issues you hope to address?

Traffic has been an ongoing problem. Where I live in Canton, we are under 20 miles away from Boston, but it takes much longer to get there than it should. It’s tricky, and I don’t have a solution for that. It’s something that might be, at this time, beyond the reach of the county commissioners. We don’t really deal with traffic per se, that’s often an issue for local officials and sometimes the state officials, in terms of building roads or increasing transportation. Part of it is due to problems with the MBTA. Lines began getting shut down, so that put extra cars on the road. It’s certainly a fact that there are more two-car families these days too. I would say that’s one of the major challenges on a state level. For our part, we do have an engineering department in the county that has been busy at work lately, looking at ways that we can do more increased traffic studies and assist towns that are having problems on specific roads. Whether it’s a traffic problem with high-speed cars, or they need a study done, the county can try to help track certain patterns developing. As stated  we have a need for more housing, that’s a definite challenge there. Labor shortages are something that we’re trying to address through education and different kinds of incentives. Those are some of the things that I would say, as a commissioner, I look forward to working with our state reps, state senators, and our newly elected governor, and trying to develop workable solutions.

What is your future outlook for the state and the county?

I’m very proud of being an actively involved lifelong resident of Norfolk County, Massachusetts. Personally, I’ve always told my children that they live in one of the best states in terms of what is available, from top hospitals in the world to some of the finest universities located in the region. We have some great sports teams. Aside from sports, hospitals and education, we also have great cultural offerings such as the Museum of Science and Fine Arts along with the Boston Symphony. Norfolk County is a very embracing kind of county, we seem to be people that want to collaborate and develop partnerships. I would say in the Boston area, the economy is going to continue to move forward, and we’re going to see continued growth. It’s an excellent place to live with great quality of life, settle down and raise a family. If you’re a young business executive, there is going to be more housing available in terms of one-bedroom and studio types. Hopefully, the progress we have made over the past two years will continue and I hope my colleagues and I see things through to successful completion.