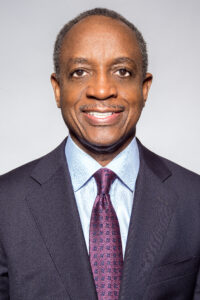 3 min read January 2023 — In an interview with Invest:, Michael Thurmond, CEO of DeKalb County, discussed key highlights for the county from the past 12 months, issues faced by businesses and constituents in the region and the defining features of the Atlanta region. “The fact that we’re welcoming to people of different races, colors, creeds and religions has set the table for what we are experiencing but, more importantly, for what will happen in the future,” he said.

What are some of the highlights for DeKalb County over the last 12 months?

It’s been an eventful 12 months as we continue actively addressing issues associated with the pandemic. We’ve also begun to implement the modified Clean Water Act consent decree with the U.S. Environmental Protection Agency (EPA) and the Georgia Environmental Protection Division (EPD). Also, we’ve approved over 300 economic development projects in south and central DeKalb and initiated significant efforts on economic development within the county, such as the Assembly Project located on the old General Motor site. We partnered with Doraville to set up a fund, scheduled to open in December 2023. It’s going to be a transformational project. Recently, funding was also approved for the North DeKalb Mall, which is a $600 million investment. Furthermore, we’ve made investments in public safety: DeKalb County has one of the highest-paid police departments among large counties in the state. And we continue to maintain our fiscal integrity with an approximately $140 million surplus.

Regarding businesses in the region and constituents, what are the key issues they face?

Everything costs more, whether producing a product or providing a service. We’re noticing an impact from inflation and also with finding and retaining qualified talent for available positions and subsequently providing competitive salaries to maintain the workforce. That is the biggest issue I hear about from employers in our county and throughout the metro region. Employees are concerned about crime as well. The pandemic has bred widespread violence; it’s why we’re focused on doing all we can to support our men and women in uniform. The key to economic growth is security; people need to feel safe where they live and we recognize and are vigilant about that.

On the economic development side, it’s about being a supporter of our businesses. We kicked off the Bicentennial for DeKalb County on Dec. 9, 2022, commemorating 200 years since the county’s founding. We have several initiatives to celebrate our history and prepare the county for the future, with infrastructure being paramount. We’ve repaired or have under repair over 200  miles of roads and streets throughout the county with our municipal leaders, which has been huge. This will lay the foundation for the next 100 years of growth and prosperity.

Regarding the metro, the East Metro is key. DeKalb is becoming a huge player in terms of economic growth and prosperity. The Department of Transportation has invested over $600 million on the East Wall I-20/I-285 project and expansion; this will have a huge impact and create a BRT of transit lanes. DeKalb County was the first to embrace MARTA and it is still the only suburban county with rail. That has had an impact on growth throughout the county.

What are the defining features of the Atlanta region and what makes it a great place to do business?

The defining feature of Greater Atlanta is diversity. Metro Atlanta is a magnet for people from all over the nation, with the best and brightest moving into the region. The fact that we’re welcoming to people of different races, colors, creeds and religions has set the table for what we are experiencing but, more importantly, for what will happen in the future. We have to continue as a region to address crime and improve economic mobility for people who might be born into impoverished situations. If we can achieve that, there won’t be any limit to growth and prosperity.

The World Cup’s coming in 2026 and the world will be watching. We are blessed to have top-notch colleges, universities, technical schools, the Hartsfield-Jackson International Airport, rapid transit and to be at the intersection of multiple interstate highway systems. We have to make all this count.

What investments have had an impact on DeKalb County?

The federal investment during the pandemic was a tremendous boom to DeKalb County. We provided over 25,000 vaccinations using $100 gift cards as an incentive, distributed about $6 million in small business loans and created 4,000 virtual summer jobs for young people during the lockdown. We’ve invested $12 million in Emory Hillandale Hospital in DeKalb to expand their waiting room and to institute a trauma intervention center worth about $30 million at Grady Hospital.

Healthcare is critical and these investments will allow people to access quality healthcare. It’s a holistic vision. We talked about economic development, but without support services like healthcare, job training and education, you can’t be successful. Hence, we’ve tried to create a holistic strategy so that the rising tide can lift all boats. We have tremendous county and metropolitan areas. Our future growth is dependent on how well we can reshape this narrative so that more people can take advantage of everything in metro Atlanta and Georgia.