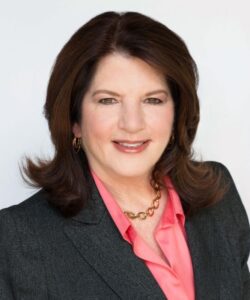 2 min read October 2021 — The Jacksonville Downtown Investment Authority (DIA) was created to revitalize Jacksonville’s urban core, helping Downtown reach a tipping point of self-sustaining success. In an interview with Invest:, CEO Lori Boyer discussed how Downtown has become such a robust economy, her main priorities at this time to continue that growth and her outlook.

How did DIA take advantage of the downtime during the pandemic?

We took advantage of a slight pause in the first part of the pandemic to focus on development of several new programs, primarily incentive programs. One program is for adaptive reuse of our historic, older fabric in the central core of Downtown. The other was to create two targeted food and beverage districts where we wanted to focus on vacant spaces, current inventory and an opportunity to build those up. Prior to the pandemic, in normal day-to-day business, we never had quite enough time to get to the policy-driven new programs.

The second opportunity was working in conjunction with the mayor to assemble a package of infrastructure projects that would stimulate private investments, everything from parks to roads to various other improvements within our Downtown.

What is your main priority with regard to revitalizing the Downtown area?

For DIA , our top priority is residential growth to create a 24/7 environment.

What is your main priority for infrastructure that supports revitalization of Downtown?

Our top priority infrastructure project is restoration of two-way traffic. We have a number of Downtown streets that were converted to one way 20 years ago. That has led to a situation where there is a daily  suburban flight from the office and decline of retail use. There are certainly other initiatives, such as road diets, trail development and pedestrian walkability improvements that are equally important, but they really go hand in hand with the restoration of two-way traffic.How do you view the future of retail?

I see it shifting but I don’t see it going away. Clearly, experiential retail will continue to be popular, whether that is a service like a hair salon or a restaurant or other types of entertainment venues. If you look back to April, May and June 2021 when we all thought we could travel again, airlines were booked and Airbnbs were booked because there was pent-up demand, and we’ll see that again as soon as people feel comfortable in those experiential environments. We’re social creatures. We want that opportunity; it’s just been difficult in the short term.

How is Downtown Jacksonville benefiting from the exodus to Florida?We are sharing in that growth. We had a goal of adding at least 350 residential units to Downtown each year and we are adding double that amount right now. We have about 600 under construction that will be finished by the end of 2021. Those numbers may be small compared to other cities but in Jacksonville’s Downtown, where 10 years ago we had only a couple thousand people, that makes a real difference. We have a steep growth trajectory in Downtown, and I think over the next five years we’ll likely have an additional 5,000 residents.

What industries are experiencing labor challenges?

We are certainly struggling with labor challenges like everyone else today. We had challenges pre-pandemic in our hospitality industry because the potential tip and income levels in Orlando, Tampa and Miami were so much higher than in Jacksonville that folks who graduated from the local colleges or hospitality programs were moving to those other cities. I know of a number of restaurant and small-business owners who say their No. 1 problem is finding staff. Now, I don’t think we’re experiencing the same thing from the perspective of our fintech companies or others that are relocating here. They seem to be doing quite well in attracting the workforce.

How is Downtown benefiting from the relocation of fintech companies?

Fidelity National Information Services Inc.(FIS) is building a new major office building. As they expanded, they selected Jacksonville for their international headquarters. But there are many other fintech companies that are relocating to Jacksonville and backfilling office space in Downtown. We’re very excited about the growth of this industry. When you start to become a particular destination known for an industry, it builds on itself as you gain more people who are experienced in that particular field and other employers locate there because they have a local workforce they can draw from.

What is your outlook for Downtown?

We’re very bullish. Downtown has a momentum that we haven’t seen in several decades. This is primarily driven by residential growth. Statistically, we have about 56,000 people who work in Downtown, and in 2013 we had just 2,000 to 4,000 people who lived in Downtown. There is real opportunity to further build Downtown’s housing market and capture some of those workers as Downtown residents. By doing that, we build demand for restaurants and retail. We’ve finally reached a tipping point on the number of residents located in Downtown that, at least in some parts of Downtown, is already a self-sustaining environment where new businesses will choose to locate there because they have enough customers to be profitable. We’re trying to build the rest of Downtown to that level and all indicators are very positive.