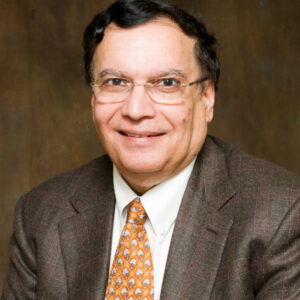 3 min read August 2022 — Based in Camden, New Jersey, Holtec International designs, manufactures and supplies equipment and systems for the nuclear energy industry. Invest: spoke to Kris Singh, the company’s president and CEO, about the state of the national nuclear industry, the company’s new generation of small modular reactors and how public opinion is changing to accommodate the benefits that nuclear power offers.

What have been Holtec’s highlights and lessons learned over the past 12 months?

Over the past year, business has been growing internationally and domestically. However, that has meant that we and our peers are now facing a shortage of skilled labor. Despite the pandemic, we have been fortunate to be able to maintain our deliveries and meet our clients’ expectations. The lessons we have learned is that the world seems to be deglobalizing. Not long ago we were part of a global supply chain. But now we must be careful to buy early enough to make sure that there is still flexibility in the schedule. The uncertainty in the global supply chain is a concern and a problem that we have had to deal with.

How will the decommissioning of the Indian Point nuclear plant affect plans to decarbonize local economies?

Indian Point was a unique plant that was producing clean nuclear electricity and we are sad to be dismantling it. We have done considerable work on Indian Point and are now doing deconstruction work. The decommissioning is going well but we are losing national nuclear generating capacity.

Current decarbonization goals will not be reachable unless we embrace nuclear energy. Intermittent power, through solar or wind, for example, will provide peak capacities but they cannot provide the sort of baseload that is needed to provide generation capacity for local industries and households. For that we need nuclear and I think the politicians understand that. Texas used to have plenty of extra capacity on paper but when the lines froze up, they were unable to run those peaking units and experienced blackouts. No country can afford to rely purely on intermittent renewable energy.

How significant is nuclear energy in New Jersey now, and with the Wind Port coming, how are you going to compete in the energy market?

We have developed a small, modular reactor (SMR), which we call the SMR-160. This is a fourth-generation light-water reactor. It is designed to be unconditionally safe and accident-proof and we are on track to license it. One of the places where we are thinking of installing the first SMR-160 reactor unit is at Oyster Creek, where we are currently decommissioning an old reactor. The local community supports it and the state government is considering providing construction credit and zero-emission production credit as part of the incentivization package.

Do you think it will be possible for New Jersey to develop into a center of energy innovation?

I hope so. New Jersey is a large population center and is close to Philadelphia, so we can draw upon well-qualified labor. If we can create just one job, the multiplier effect will create another 20 jobs, according to economists. Our New Jersey plant will employ between 5,000 and 10,000 people in the next 10 years. We also pay much better than many other industries, so we are adding a lot to the local economy.

What do you think are some of the challenges of being located in South Jersey?

Politics is a problem. If we can’t get incentives from the state, we won’t be able to expand our plant here, where we are also facing much higher labor costs than in other places that might be competing for this work, like Mississippi, where labor costs would be 30-40% lower. So unless the state provides incentives, it would be a challenge to expand our operations here.

How are you addressing the stigma that comes with nuclear energy?

Unlike new sources of renewable energy that are in their infancy, nuclear technology is in its seventh decade. People are more aware of its good safety record than they used to be, especially for the current generation of nuclear reactors. Renewable energy is still confronting new challenges as technology develops, whereas nuclear does not have that problem. Instead, our challenge is to encourage the motivation for positive change.

How advanced is the nuclear energy industry in the United States relative to other countries?

This is a vast country with enormous resources and it is essentially the leader in the industry. America has fallen behind other countries in the past 20 years but it is now realizing that it needs to resume leadership on this front. We have several SMR suppliers that compete with each other to develop the best solutions on an even playing field, which is the way to create the kind of innovations that will make the U.S. market a global leader. Nuclear technology was forged in the fires of capitalism and capitalism will ensure that the United States, rather than less competitive state-directed economies, leads the way internationally.

How is Holtec encouraging the use of nuclear technology in the face of opposition?

The SMR is intended to be a dispersed generator, which is designed to serve a community of around 100,000 households. We have a factory in Ohio that makes a special material called Metamic, which we invented and for which we have received approval from the regulator, and is the only one of its kind in the world. These technologies make nuclear power generation safer and better. One of the innovations we have made in New Jersey for the SMR is the air-cooled condenser, which allows us to generate power using air as the cooling medium, instead of needing a water supply. That is part of the service offering of our SMR.

What do you project for the next two to three years in light of the threat of recession?

Starting a nuclear plant means committing to a 10-year cycle as it goes through licensing, site selection, manufacturing and more, which means we have to accept that our project will live through downturns and upswings. But our economic system is solid, although there will be setbacks, but that is just the nature of a free-market economy.