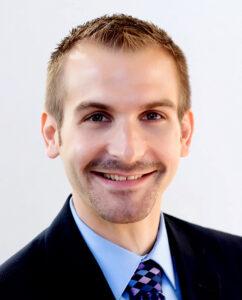 2 min read July 2021 — The soundness of the foundation on which a region’s economy and community is built on is based upon a number of factors including leadership, collaboration, demand and the ability to recognize and address both strengths and weaknesses. Jonathan Weinhagen, the President and CEO of the Minneapolis Regional Chamber spoke to Invest: about all of these factors and what the future may ultimately look like for the region.

How did the chamber continue to grow and promote business in the region despite the challenges of last year?

The Minneapolis marketplace has an incredible foundation to build upon when responding to a global incident like the pandemic. We didn’t have to build the muscle to respond to that, the muscle was already built. Many of our counterparts across the country had to start building relationships with their business owners or other groups. We already had those and were meeting periodically. This ecosystem is just part of who we are and what we do and that has served us well in this regional economy.

What is the economic relationship between the two cities and how do they compete?

There are unique differences and also unique asset sets. St. Paul, for instance, is an incredible asset to this region. It is a supply-driven economy that is looking to attract the next generation of capital. Minneapolis historically is a demand-driven economy, one that responds to opportunity. But at the end of the day, Minneapolis doesn’t compete against St. Paul. We compete against Atlanta, Denver, Charlotte and San Francisco, among others.

What we’re doing is thinking about our shared future. I think you’re going to see a lot of organizational consolidation over the course of the next couple of years as we look toward that future.

How do you work to attract businesses that might be a little bit hesitant to come here given the higher taxes in the region compared to other areas?

This is one of the highest tax states in the country but we are also a regional economy with both a lot of ancillary benefits, a high quality of life, a highly educated workforce and proximity to so many different assets. That has been an important counterbalance as we have managed our economic growth as a regional economy. We have to focus on taxes and regulations, ensuring that we continue to have a place that is a great place to live, work and do business. And we have to do all the things in between.

The bigger factor that is looming in our marketplace is racial equity, particularly after the murder of George Floyd. That wasn’t the first time we realized that we had really significant issues in our marketplace. In fact, my organization for 40 years has been dealing with the achievement gap. We have one of the greatest academic disparities between white children and children of color in the country. That has been a long-term metric that we have been working to rectify. We also have one of the worst economic disparities: in the last decade, we were only able to close the income gap between white families and families of color by just $60 a year. These are data that have haunted us for generations. So what is the private sector’s role in that? That’s the work that so many of our companies have been doing because there’s an expectation that our corporate community will look at the events of the day and be reflective of what our values are.

What is your near-term outlook?

This year could parallel the Roaring Twenties. COVID-19 is compared to the 1918 Spanish Flu, which set forth a decade of merriment, togetherness and energy. I think that’s going to be our reality. That’s where we’re headed since people are coming back to work in the office and going to ballgames. We anticipate having a football season that opens up with 65,000 people at U.S. Bank Stadium.

Then there’s the future of work, which I think will be flexible. I do think there’s a future for downtowns where we have that juxtaposition of entertainment, sports and nightlife. I also think that quality of life is going to win the day. There is no region in this country that has a better quality of life.