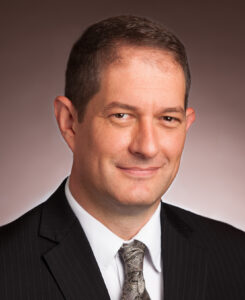 In what areas does Port San Antonio focus its attention?

A lot of what we are focused on is the application of new technologies to make existing markets better. Plus One Robotics, for example, has had tremendous growth over the past couple of years at its headquarters on our campus. Robots are being taken out of controlled environments and placed into uncontrolled settings. That takes humans out of the dangerous jobs, the dirty jobs, the degrading jobs. It allows you to make work and the supply chains more efficient. Perhaps most importantly, it frees up human capital to do much more important tasks. We’ve seen a lot of that going on over the past couple of years, particularly during the pandemic.

We’ve also found new ways to deliver programming to young students. We’ve had 60,000 young people come through the programs on the campus just in the past four years. We are also providing continuing and ongoing training opportunities to folks who are already launching their career journey. What that has done is provide an environment that not only showcases the opportunities that exist, but provides connections, networks and opportunities for people to achieve that. Multiple startups have come here with just a couple of people and have achieved global recognition. Reckon Point—another local robotics firm–was named one of eight startups in the world that are changing aviation; Plus One Robotics has similarly achieved national and global success with its customers.

What new developments are in play at the campus?

We have been in the process of building the Tech Port Center + Arena. To our knowledge, it is the largest purpose-built gaming arena of its type being built anywhere in the country, maybe anywhere in the world. It has a 3,300-seat arena, a 24-hour gaming center, a museum and a co-working and technology transfer area where we have already announced innovation accelerator Capital Factory is going to go in, along with a bunch of industry and military components. We will have the world’s largest musical Tesla coil array in there, so we can bring in metal concerts and shoot sparks over everybody.

There are tremendous opportunities in the industry and we’re looking to create an environment that brings people in, shows that opportunities exist, allows them to mix and mingle and to find an opportunity to create a marketplace for that–providing education and other connectivity. On this tiny little campus here, with only 1,900 acres, in the past couple of years, we’ve added 5,000 jobs. We have not had to incentivize those jobs. They have been here because there is a market value.

What are some comparative advantages of San Antonio when it comes to developing new technology?

The biggest, single advantage we have is our real expertise in different areas related to airplanes. We’ve been working on airplanes in San Antonio since the 1910s. We’ve also been doing some tremendous work here with energy for years. We have the Southwest Research Institute, Texas Biomed, the medical industry and we have a tremendous capability in electronics and information, which is broader than just warfare. There are a lot of communities out there that boast tech, aviation or energy. There are not a lot that have a piece of these sectors. The magic to that is you cannot disrupt or modify an industry unless you truly understand it. As we move into a world that becomes more complex, a system-based world instead of a component world, you need to have people from different disciplines, different walks of life looking at challenges differently.

What are the most pressing needs related to infrastructure to continue enabling Port San Antonio’s innovation?

The first thing that we need to do is basic line infrastructure. We still have to do the roads. We still have to be doing the connectivity because you have to get people together. To truly roll out and master 5G, we have to start thinking beyond the traditional boxes of that. It’s not just a communication system anymore. It really becomes a larger way of thinking about life. One of the things that I think is intriguing as someone coming out of the airplane world is that we’re still flying around pretty much the same way we were in the 1920s and 1930s. If we can get into supervised autonomy in our air routes and our traffic routes, using a 5G-like system of network nodes to replace the old radar system and the GPS navigation systems and what have you, you then have a really interesting way of being able to move people and cargo both on the ground and in the air and doing that in a way that is tremendously efficient. The interesting thing comes to autonomy.

What is your outlook for the innovation sector and for Port San Antonio for the next three to five years?

For the past few years’ we’ve been building a new major facility a year down here on our campus. We’re going to keep up that pace because we’re going to have a lot more growth. We’ve added 5,000 new jobs on this campus in the past four years and we’re going to keep up that pace. What we really want to see is some connectivity within and outside San Antonio as well. There are interesting ongoing developments in Miami, Charlotte, Philadelphia and around the world that we want to start having some conversations with. You’re not going to save the world; you’re not going to change the world out of any one of those cities. If you start to get people working together, then amazing things are going to happen. We are tremendously excited about not just our little future and not just the future of San Antonio, but really the future of the entire world.