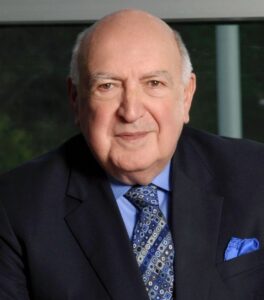 2 min read April 2022 — In an interview with Invest:, President and CEO of Space Florida, Frank DiBello, talked about the growing space economy and how he plans to make Florida the main enabler of it. DiBello also talked about how the economy benefits from space expansion, the organization’s partnerships with the Florida education system to engage the future generation and his outlook on how commercial space travel will continue to grow by 2030.

What have been some of the more significant growth achievements of the last few years?

The aerospace and space industry are infrastructure intensive, so what we bring to the table is the ability to finance infrastructure at terms and conditions that are favorable for the industry. From a growth perspective, right now we are double, in terms of qualified deal opportunities, over what we were pre-COVID. It is a testament to how companies have reevaluated their facilities’ needs while employees were at home as well as looking for more efficient infrastructure to help them better compete in the future. The revaluation may also include new facilities in a more favorable business environment like Florida. Our state provides a friendly tax environment with an attractive live, work, and play atmosphere. The whole ecosystem is attractive for aerospace and space and we are capitalizing on that.

Those factors certainly contributed to our capture of growth opportunities with Space X, Blue Origin, Boeing, Firefly, One-Web Satellites, Terran Orbital and others.

What has been the impact of Space Florida on the local economy?

We have been a major contributor to enabling the growth of the space and aerospace industry, and our impact is statewide.  We are both a public corporation for the common good as well as an independent special district charged with being the state’s authority for its spaceport system. We are also charged with growing the aerospace industry throughout the state, and we work for the industry on a return on assets model. Our ability to finance infrastructure enables them to move into modernized facilities under conditions favorable to their operations. Their growth here provides new employment, increased tax revenues and the betterment of our communities. In the past decade, we have financed over $2 billion of new space and aerospace infrastructure in the state.

What are the biggest infrastructure challenges that need to be addressed?

From a launch perspective, we have moved from an era of six to eight launches a year, to last year where we had 31. This year we will push above 50 and we are trying to grow the launch capability of Florida to 100+ a year, which is on average, two a week.

The growth of the satellite industry is another significant factor. By 2030 we should see some 30,000-50,000 launched satellites, a large number from our state. What’s driving this is our insatiable demand for fast bandwidth. Secondly is the introduction of new technologies as they become interconnected. This increases the demand for data and images which all require bandwidth. New Infrastructure is needed to facilitate the growth of all of these sectors.

How are public-private ventures changing the way space exploration is done?

Space is being democratized with NASA’s help and also the energy and innovation of the private sector. It typically takes the government 15 to 20 years to test and regulate technology for use. Private sector companies move much faster when it comes to the design and implementation of a project in to the marketplace. Today the space industry is a $450 billion industry with over 75% of it being commercial in nature. I expect the overall market to grow in excess of a trillion dollars by the end of the decade driven by the private sector.

We are changing the way space is done. I would venture to say a decade ago no one believed we would be launching and landing spacecraft the way we are today. This concept of reusability has changed the economics of space and has made it more accessible for individuals and companies to consider going up there to do things and create true economic value. We look at space as a new geography, new real estate to open up for commercial purposes. Companies will go up there to provide services, conduct research, manufacture things and even engage in tourism in the future. Florida will emerge as a global leader and space commerce trade port.

What kind of relationship has been established with Embry-Riddle Aeronautical University?

I would describe our role as an enabler for the industry, but we also connect them to all the other resources Florida has that are critical to their operations. We maintain a strong relationship with many of the universities in Florida as well as community colleges to open a dialogue with young people to get them interested in space. We don’t actively recruit, but we connect them to the talent supply team that exists in Florida. Along with others, Embry Riddle is a major contributor to Florida’s talent pool!

What is your near-term outlook for Space Florida?

I’ve set three goals for Space Florida for the next decade. One is to increase our portfolio of infrastructure financed to $10 billion by the end of the decade, and we have a concrete plan to achieve that. It includes continued growth of the industry as well as looking to finance space assets and things going into space. Next is to take Florida’s position within the aerospace workforce nationally, from 7th to 4th or better, so we can be known as a major aerospace state. The third is capital! We have begun to expand our relationships with banks and pension funds, financial institutions and the reinsurance industry, all of whom are the largest providers to the industry, so we can continue to grow. What we want to achieve is for Florida to be recognized as a space commerce trade port that is an enabler of this new space economy.