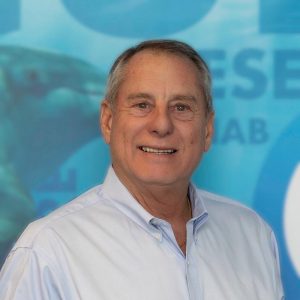 2 min read November 2019 — The city of Clearwater has a lot of enticing offerings within its borders, ranging from the No. 1 beach in the United States to a multitude of arts and cultural options. One of the most widely recognizable features of the city is the Clearwater Marine Aquarium. As a staple of marine conservation and education as well as the filming location for both Dolphin Tale feature length films, the aquarium has adapted its business model to remain strong after all these years. Invest: spoke with Executive Vice President and COO for the aquarium Frank Dame, about adapting its business practices to stay competitive, the renovations being made to the aquarium, the challenges from last year’s red tide and maintaining Clearwater’s No. 1 beach status.

How have you adapted your business to stay competitive?

Before the movie Dolphin Tale came out, we implemented a new philosophy and strategy. Although we are a nonprofit, we decided we would run the aquarium like a for-profit company and develop a business model that could fund the operations of Clearwater Marine Aquarium with minimal donations. We would then use donations to expand the business and for our various initiatives. We set this business model in place, and then expanded the gift shop, improved the guest experience and enhanced our food service. This started to drive revenue, and between 2006 and 2010, we grew attendance from 75,000 a year to about 220,000 just before the movie was released. The year after the movie was released in 2012, our attendance went from 220,000 to over 740,000.

What can be expected for Clearwater Marine Aquarium’s new facilities?

We are under construction. This is an $80-million project that is being supported by the city, county and the state. We were awarded $26 million from Visit St. Petersburg/Clearwater, while the city of Clearwater gave us $5 million, plus the land where we are located. The state of Florida also donated another $3 million in a grant, and we have an ongoing capital campaign to raise another $15 million. Overall, we have had a tremendous amount of support from the community. When we open the doors to our new facility, sometime next year, we are going to have almost four times the guest space we have now. We are also building five new dolphin pools. Currently, between all our facilities we have about 985,000 gallons of water, and these five new dolphin pools will add another million and a half gallons. We are really ramping up our ability to rescue more animals and provide a better living environment for our dolphins, as well as drastically improve the guest experience.

How much of an adverse effect did last year’s red tide have on the region?

A year or so ago when the red tide came through the region, it had an extremely adverse effect on the local economy. We should commend Pinellas County because they tried to get in front of this issue by hiring boats to collect the dead fish and debris offshore before it ever hit the beaches. Our city was out there at 4:30 in the morning raking the beaches to make sure that tourism was not too badly impacted by it. While we were impacted somewhat, it could have been a lot worse. That red tide probably resulted from the runoff from storm water and other waste that goes into our waterways. This is damaging not only to the water environment itself, but to the tourism sector and the local economy, so human impact should always be something that we are conscious of.

How can Clearwater Beach maintain its title as No. 1 beach in the nation?

We need to focus on maintaining our recognition as the No. 1 beach in the nation, and we can’t accomplish this by just promoting ourselves as No. 1. The mission now is to make us the No. 1 beach because we are ocean friendly. We can do this by eliminating trash and doing things like stopping the use of single-use plastics. At the aquarium, we have gotten rid of all plastic bottles. Our water bottles now are all biodegradable and our spoons are all made of bamboo as opposed to plastic. We are trying to be an example of an environmentally responsible organization, and teaching people the right way to live in a model of environmental sustainability.