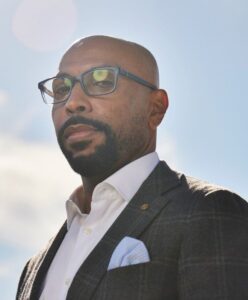 What differentiates Nashville Superspeedway from other NASCAR tracks, and why is Nashville a good location for the track?

We’re the smallest venue on the NASCAR Cup Circuit. Our permanent grandstands seat about 25,000, and we added another 16,000 seats with additional grandstands for our Cup race. As a promoter, this is a good thing. I don’t mind scarcity. I want our race to be the one everyone wants to go to.

We have 5 million NASCAR fans within a four-hour drive of Nashville. Our proximity to major population centers makes us a little different but the great thing about us is our bona fide NASCAR and motorsports roots. We are a Southern city and racing is a sport that has its roots in Southern culture. We’ve had NASCAR races in this market since the late 1950s. This blend of geographic centrality and Southern culture gives us a potent mixture that accommodates this sport well.

How does Nashville Superspeedway add to Middle Tennessee’s business ecosystem?

We were recently able to host our first NASCAR Cup race in almost four decades; that’s a pretty big deal. Nashville has been expanding since the ‘90s and NASCAR has been growing steadily over its 73-year history. The absence of this sport at its highest level of competition here in Nashville, given this region’s growth and development, was clearly a missed opportunity. NSS being here helps add to the reputation of Nashville as a top-tier city. A lot of cities measure themselves by the attractions they have. There are only 30 or so cities that have NHL, NFL and MLS teams, and there are even fewer with a NASCAR track. We have all of these hallmarks of a top-tier city.

Our race weekend brought in over $20 million in direct visitor spending to Nashville, Wilson County and Rutherford County. About $4 million of this was spent on hotel stays.

Our track is located in Wilson and Rutherford counties. As a major regional and national attraction located in the Nashville exurbs, we have the ability to help extend tourism, entertainment and hospitality-related revenue capture beyond Davidson County. We have to share the wealth; it can’t all flow to Davidson County and Nashville. We all get stronger under a regional approach.

How has attendance at Nashville Superspeedway events fared?

We had a sellout for our inaugural Ally 400 NASCAR Cup Series race. We had over 75,000 attendees over three days, including our Truck, Xfinity and Cup races. We were the first full capacity, sold-out NASCAR Cup Series race since the start of the pandemic. We had 1,200 RVs parked at the track and we watched the transformation of the campus into a little city of its own. This presents great opportunities for expanded economic impact in these outlying counties.

In what ways do you hope to see events at Nashville Superspeedway grow and diversify?

We sit on 650-plus acres with great highway access. Our future is very bright in the area of festivals, lifestyle and sporting events that we can host here, including motorsports-related events, which are the low-hanging fruit for us. Car clubs and drifting contests and things of that nature are the obvious opportunities we will take advantage of given our unique infrastructure, but we want to do a whole lot more. In fact, our first public event since reopening the venue was an animatronic dinosaur drive-through adventure called Jurassic Quest. Despite being in the midst of preparing the facility for our upcoming NASCAR weekend, we wanted to send a clear signal to the community that these are the kinds of events that Middle Tennessee should expect from us. We’re not just going to host motorsports and NASCAR racing; we’re going to host events that appeal to families. We sold out that event, accommodating more than 10,000 carloads of families.

What innovations are you excited for in the racing scene?

With NASCAR, the biggest innovation is our Next Gen car, which will be revealed and put into service in our 2022 season. Everyone is looking forward to this because the cars aren’t changed that often. These Next Gen cars will have bigger tires, composite bodies, a single lug nut, a lower roofline and in-car cameras for all the cars. There’s something special about seeing from a first-person perspective a driver doing 180 to 190 miles per hour alongside 40 other cars that are only inches apart on all sides. These cars will also have a hybrid fuel cell, which presents the opportunity for hybrid power in the future. These changes will lower costs for teams through a standardization of parts and will also increase competition by reducing resource advantages.

What type of car does the president of NASCAR Superspeedway drive?

I feel like I’m going to disappoint on this one. I drive a Toyota Highlander right now. Our track was a Toyota track but now we’re a Ford track, so next year I’ll be driving a Ford. There are times you will see me in a breathtaking maroon, Ford Shelby Mustang GT500, which is our track promotional pace car. I drive it around town from time to time as a big rolling billboard that advertises our track and races, but I don’t drive it every day.