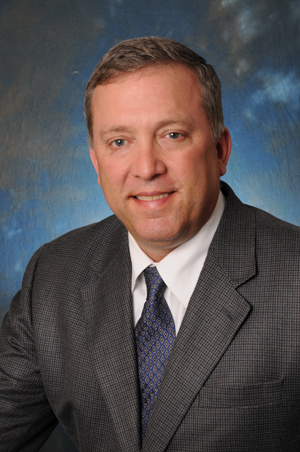 2 min read July 2019 — Challenges with transportation, traffic and transit options are not new issues for the Tampa Bay region. As the area continues to make strides in its economic and population growth, there is a heightened emphasis on finding solutions. Invest: Tampa Bay recently sat down and discussed these issues with David Gwynn, District Seven Secretary for the Florida Department of Transportation. Gwynn spoke about how FDOT is working to mitigate these challenges, enact forward-thinking initiatives and his outlook for transportation in Tampa Bay for the next year.

What is the biggest initiative for Florida Department of Transportation in District 7?

We have been working on a program called Tampa Bay Next. Over the last two and a half years, we have had hundreds of public meetings with big and small interest groups, elected officials and general members of the public, which we used to gather some great input. A key issue that we identified was transportation. Although we recognize that our interstate needs some work, there are other areas, like the downtown interchange, where infrastructural improvement would have a pretty massive impact on the surrounding neighborhoods. As a result, we are focusing on ways we can improve transit and intersections in those areas to help make them safer, while also not requiring a significant expansion of the highway footprint.

How are you working to mitigate the traffic issues in the region?

We have come to the conclusion that simply widening and continuing to build more roads is not going to completely mitigate this issue. We have shifted our efforts to also look at multimodal solutions, like the streetcar system in downtown Tampa. Until last year, it was underutilized, but we recognized that this could be a good part of a transit system. The question was how to make it more attractive for people to start riding it. What we found was because there was not a lot of local money to fund it, it was only running from 11 in the morning until 8 at night. We were able to get a grant to allow the streetcar to run from 7 in the morning until 11 at night and on a more frequent basis. The ridership has since tripled, and that is important because we now have a strong case for the federal government to invest in expanding that streetcar system further out into Tampa Heights. If we can get federal funding, they will put 50% of the cost in, the locals put in 25%, and then our department covers the last 25%.

What is the outlook for the transportation sector in Tampa Bay for the next year?

The passage of the sales tax in Hillsborough County was a big step forward because the local money allows us to do things with state and federal matching money. We will start to see an increased frequency of buses, better stations and more opportunities to expand the systems. On the highway side, we continue to build road and safety improvements. Four hundred of our signalized intersections that had the highest number of crashes are in the process of receiving new LED lighting that will illuminate these intersections at night much better than they have been. We are going to start the Howard Frankland Bridge project, and the Gateway Expressway will probably be completed in another two years.