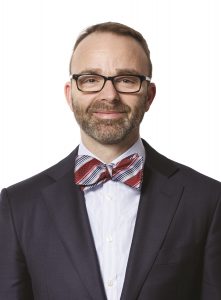 2 min read AUGUST 2019 — Philadelphia is characterized by its diversity and rich history, which are reflected in its broad historical and arts and culture offerings, two of the city’s major tourism drivers. Among the organizations responsible for putting the City of Brotherly Love in the national and international spotlights is Opera Philadelphia, which has committed to embracing innovation and developing opera for the 21st century. Its innovative programming and world-class presentations have been recognized in the United States and around the world. In this week’s Spotlight On edition, the general director and president of Opera Philadelphia, David Devan, shares the organization’s latest accomplishments and future projects with Invest: Philadelphia.

What were some highlights for Opera Philadelphia over the last year?

Opera Philadelphia has been exceeding sales goals with shows like last winter’s A Midsummer Night’s Dream and 2018’s Carmen, and I think we are doing that because we’re attracting a younger demographic. Our Festival O19 is loaded with innovation, which is our norm. We have two world premieres: Denis & Katya, which is about two young teenagers’ interaction with social media at difficult times in their lives, and Let Me Die, which combines death sequences drawn from the canon of tragic opera, along with original narratives and music. We are also doing Opera on the Mall, which broadcasts performances from Opera Philadelphia on Independence Hall, among other events.

What impact has Festival O had since it was launched?

Festival O has had a local, national and international impact. Locally, it has animated the city and has enlarged artistic partnerships. We are now working with all sorts of arts organizations as part of the festival. It has also developed a new audience, mostly young. That is the biggest impact; we now have more customers than five years ago. We work with Visit Philadelphia, PHL Convention and Visitors Bureau, and other agencies that promote the city and create local pride. Because we do so much new work, what we are doing is affecting the field of opera nationally in terms of the field celebrating and participating in contemporary art activity. Internationally, we have become recognized as one of the most innovative opera companies in the United States. That is evidenced by our winning the FEDORA-GENERALI Prize for Opera and the important nominations that we receive from the International Opera Awards.

What is the role of arts, and particularly Opera Philadelphia, as an economic driver and job creator for the region?

Arts in general play a vital role in economic development. They have a wide ripple effect and help brand the city. Tourism is one of the largest economic activities in any city. People travel because of arts and culture, so Opera Philadelphia is trying to celebrate that and become a tastemaker where people come to touch the future of that musical expression. We believe that will have a long-term impact. Over the last three years, we have seen growth in our out-of-town business. We are about to launch a national council because we have many people who live outside Philadelphia and are visiting with the purpose of attending Festival O. We are creating social situations and other arts experiences for our visitors so they can be part of an international community that is coming to experience Philadelphia.