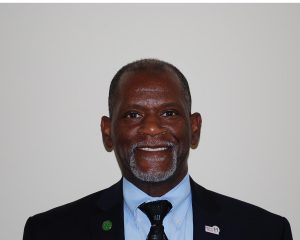 2 min read February 2020 — Situated west of the Catawba River, the city of Mount Holly in Gaston County is known as one of the best bedroom communities in the Charlotte Metro Area. The city is experiencing residential growth as it aims to be a place where families can live, work and play. Its proximity to the Charlotte Douglas International Airport and to I-485 are great assets that will serve as a catalyst for the city’s growth, City Manager Danny Jackson told Invest: Charlotte. As part of its vision plan, the city is expanding its water and sewage systems and preparing its workforce for future tech-based jobs, Jackson said.

How has Mount Holly grown in the last few years?

Mount Holly is in a great location. It is in proximity to Charlotte and the Charlotte Douglas International Airport. Interstate-485 has spurred development and as a result people have been discovering Mount Holly, as manifested by our population growth. These factors have been the genesis of our growth. We have been seen as a bedroom community for a number of years. Through our vision plan, we have launched efforts to make Mount Holly a place where residents can live, work and play.

How is the city preparing for future growth?

Based on the growth that we are experiencing, people are approaching us for development opportunities, primarily residential and some commercial. Within that process, the infrastructure is constructed by the developers, then they turn it over to us for perpetual management. Sometimes, we add to existing projects to accommodate future growth. Also, we have connected our water and sewage plan to the city of Charlotte across the Catawba River to increase our capacity to accommodate future growth. Additionally, all of our local chambers of commerce have been working together to bring businesses to Mount Holly and boost the economy. It has been a good, collective effort. We believe we have the elements to support businesses. Not everyone wants to have the hustle-and-bustle of the large jurisdiction. We are not that, but yet we are close to one as well.

What does the city’s updated vision plan entail?

In 2019, Mount Holly adopted its updated vision plan for the next 10 to 15 years. At the forefront of that plan is economic development, job growth and a diverse tax base. These are the nuts and bolts of it in terms of growth in the Gaston County region. I think the main sector growing in the region is technology. That is where the emphasis will be for this region, and with that comes the education component that is being addressed in Gaston County. Workforce development is a key component of this. We are making sure that our employee base is prepared for the next level of tech-based jobs that are coming to the area.

How is the city preparing itself in the event of a future economic downturn?

We have been working on worst-case scenarios. In 2008, the nation experienced an economic downturn, but Mount Holly continued to grow. Construction was still happening and people were moving to the city. I expect the same in case of another economic downturn. Our infrastructure is such that we are prepared for growth. We have done what we believe we need to do to stay economically sound, such as updating the vision plan and expanding our water and sewage systems. I think we have all of these mechanisms to continue to grow and grow positively.”

To learn more about our interviewee, visit: https://www.mtholly.us/