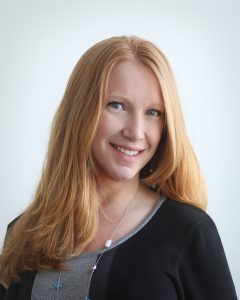 2 min read October 2019 — Founded in the late 1800s, Ybor City is not only a staple in the Tampa Bay region but in the entire state of Florida. While it is not geographically large, Tampa Bay’s National Historic Landmark District has quite a large economic impact on the region. Invest: Tampa Bay recently spoke with Courtney Orr, the Ybor development manager for Ybor City Development Corporation, who discussed the impact of changing demographics on the district, respecting Ybor City’s history in light of ongoing development and the vital role young professionals play in the future of Ybor.

How have the changing demographics of the region impacted Ybor City?

The dynamics of Ybor City are shifting as we see an increase in the residential population, office users and one-of-a-kind restaurants and retailers. What’s most notable though is the influx of residents wanting to call Tampa’s National Historic Landmark home. Ybor has long been known strictly as an entertainment district and that mindset is changing with the current progressive shift underway.

How are you working to improve Ybor City for the future while still respecting its history?

Safeguarding Ybor’s historic features and history, especially the cigar industry from which Ybor City was built, is fundamental to the neighborhood’s success. The city of Tampa’s Barrio Latino Commission provides oversight to historic preservation by reviewing all development projects to ensure Ybor’s charm stays intact. We participate by offering a commercial facade grant to inspire historic preservation. This grant, along with other separate ones we offer, has made a tremendous difference throughout the historic neighborhood. Altogether, it helps breed additional private investment that enhances the district and ultimately will forever maintain Ybor’s charm.

Fortunately, Ybor draws very unique restaurant concepts here. Copper Shaker is one example of a successful restaurant opening its second location on 7th Avenue by the end of the year. New establishments like it preserve Ybor’s distinct vibe and with all the new residential development online, retailers are sure to follow.

What role do young professionals play in the development of Ybor City?

Young professionals play a big role in the overall Ybor scene. They love the area’s walkability and many are willing to forgo their cars. They tend to favor smaller living quarters, if it guarantees them a certain quality of life in a stimulating neighborhood. As more young professionals move in so will office users to gain access to that creative talent, not to mention to enjoy all that Ybor has to offer too.