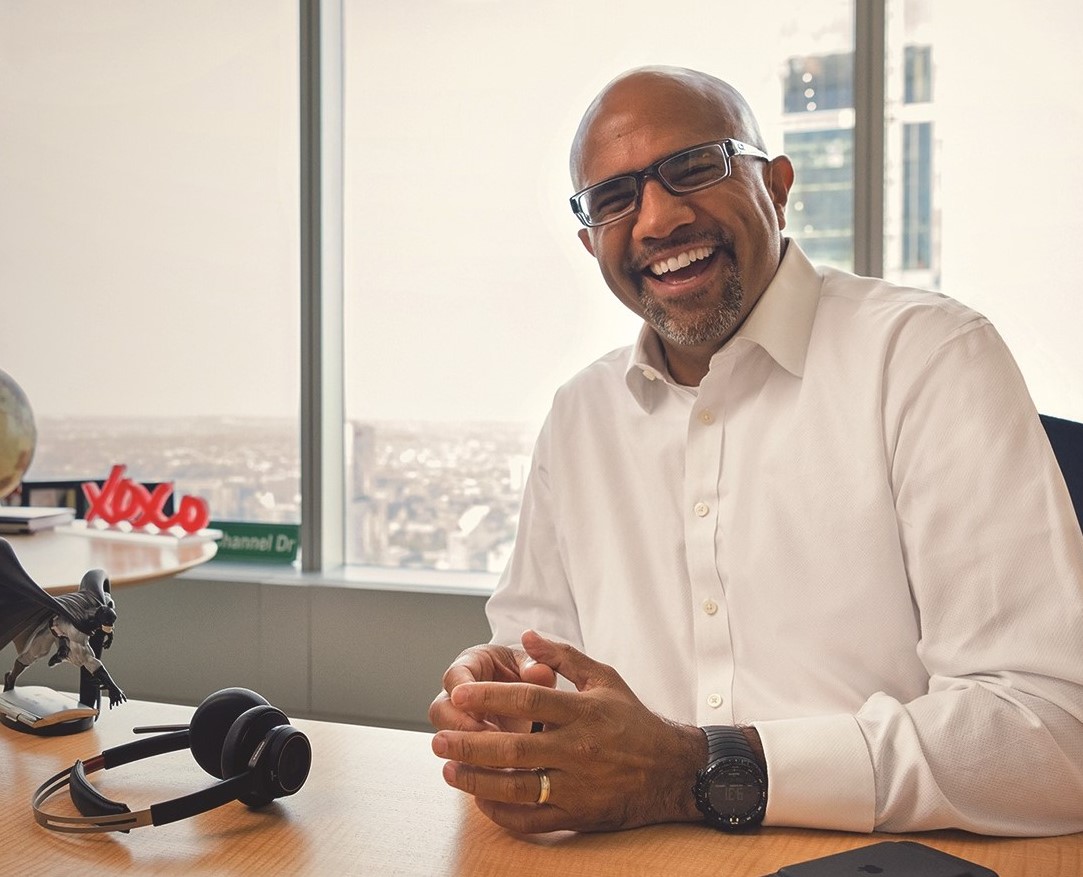 2 min read SEPTEMBER 2019 — The Comcast Technology Center just received one of the development industry’s biggest awards: the 2019 Urban Land Institute’s annual Global Awards for Excellence. The Philadelphia building won the recognition along with 11 other projects from around the world. The $1.5 billion development was designed for namesake tenant Comcast, which has 4,000 employees in the tower. The American telecoms company has had an enormous impact on Philadelphia’s economy and the Invest: Philadelphia team sat down with Comcast Corporation Vice President of External & Government Affairs Bret Perkins to explore the company’s impact and future plans for the Philadelphia region.

What impact will the Comcast Technology Center have on Philadelphia’s economy over the long term?

Comcast has had an unwavering commitment to the city of Philadelphia for over 55 years, and the addition of the Comcast Technology Center to our campus is the latest example. We have approximately 4,000 engineers, software developers, and technologists developing next-gen products in the Comcast Technology Center, and we are recruiting and trying to retain world-class technology talent here in Philadelphia. The fact that we have invested and built this campus in Philadelphia is a statement unto itself and gives a sense of what we think about this city, which is our home. This is a space where we can recruit, retain and grow a talent base to build world-class products.

The Comcast Technology Center is also the new home of NBC10 and Telemundo62, providing them a state-of-the-art studio to deliver the best news to the Philadelphia community.  The top floors are occupied by Four Seasons Hotel Philadelphia, which will offer five-star accommodations with magnificent views, fantastic restaurants, and will deliver an unparalleled experience…all contributing to and supporting the success of Philadelphia.

How does Comcast support the local startup community?

LIFT Labs and our team that does entrepreneurial engagement is our front door to the startup community around the country. LIFT Labs in Philadelphia is particularly unique because we have a space that is really intended to be a convening spot for the startup and entrepreneurial community. It’s about us working with the startup community and entrepreneurs to help them build their businesses, but also for us to learn from them. We also have the Comcast NBCUniversal LIFT Labs Accelerator, powered by Techstars, which is designed to support connectivity, media and entertainment startups. Our inaugural Comcast NBCUniversal LIFT Labs Accelerator took place in summer 2018, and eight out of the 10 companies that participated ended up with some sort of proof of concept partnership with Comcast NBCUniversal. The participants get to meet with mentors and coaches who are world-class in everything they do. This a way for us to help build this ecosystem and partner with startups.

What impact will the 3,500-seat esports arena have on the city?

Comcast Spectacor and The Cordish Companies recently announced they will build the first purpose-built facility of its kind in the country dedicated to esports. It will also be the home of the Philadelphia Fusion, our Overwatch League esports team. This is a great development for the city. It will bring additional energy and become a hub for esports. There are a number of businesses that have built up around esports, such as N3rd Street Gamers, an amateur and semi-pro esports network. Our dedicated esports arena is part of a huge investment we are making in the Philadelphia Sports Complex, which includes the $250 million renovation of the Wells Fargo Center; the creation of Pattison Place, an $80 million, Class-A office tower; and Fusion Arena, which is a $50 million investment. That is a significant amount of investment in Philadelphia and another vote of confidence in our home city.