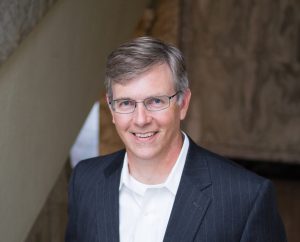 2 min read March 2020 — Charlotte’s construction industry has boomed in the last few years as evidenced by the cranes that adorn the Queen City’s skyline and the region’s budding headquarter relocation culture. Though capital is a constant in the region, construction firms are pressed to find deals and subcontractors in a tight labor market. In an interview with Invest: Charlotte, Foundry Commercial Managing Director Bill Simerville talks about the challenges facing the region’s construction industry and the growth of Charlotte’s industrial real estate market.

How has the industrial real estate sector evolved in the last few years?

WestPark 85 is an example of a development and investment deal. The site was selected around 2008, before the ramp-up of the industrial frenzy that we find ourselves in now. We partnered with Principal Financial and acquired the land from MetLife. The industrial market, and industrial capital appetite, has moved to the Southeast, and particularly to the Charlotte region. WestPark 85 is close to I-85 and I-485, as well as the airport, which gets capital and tenants excited about the location. That capital has poured into Charlotte. There are more development deals and projects in the pipeline than we have seen in years. With the labor markets the way they have been, we are seeing Charlotte turn into a regional distribution center, primarily because of the intersection of I-77 and I-85. You can get to a large percentage of the U.S. population in a day’s drive because of proximity and population concentration. Labor is tight in markets like Atlanta, and as a result, many people are moving up the I-85 corridor. This corridor sits between Raleigh and Atlanta and is called the “mega corridor.” Capital, jobs, people, employers, talent, manufacturers — everyone wants to be here.

What are some challenges facing Charlotte’s business landscape?

The “Bathroom Bill” hurt company relocation in the area. There is no telling where we would be if it were not for that. I think that we have made great strides with our incentive programs. We have to continue to pay attention to infrastructure and continue to diversify our employment base. Our infrastructure is our biggest challenge, in my opinion. Commute times are getting longer, and property taxes are now similar to those in bigger markets.

How are developers navigating the rising costs and a tight labor market?

At one point, we had an unsustainable demand for construction services, both commercial and residential. We had rising labor and material prices. The initial talk of tariffs, and the spike in steel and concrete prices, made new construction very difficult to price. That has now stabilized, and even come back a little bit. However, the labor has not. Fortunately, in the same way that capital has flocked to Charlotte, so has everyone else looking for work, and that is across the board, virtually in all trades. The new general contractors that show up and do not bring subcontractors with them are contributing to the problem. They are aggressively pricing projects based on being able to hire subcontractors that they do not have relationships with, and winning bids and then re-trading them or not being able to execute. This erodes confidence. Then there are the new-to-market general contractors that show up with subcontractors and will complete a project quickly. It is similar to 2007-2008, when the residential housing boom was at its peak and out-of-market subcontractors caused our workforce to spike by tens of thousands of people to perform those trades. When the projects stopped, they all left to find work elsewhere, and it took a long time to get them back. We are there again. The last time it was just residential, now it is residential and commercial. We have more capital, more vendors, and more competition now. But the fundamentals have never been as sound. Lenders remain disciplined. We are not looking at see-through office buildings. It is harder to get deals done and there is a lot of competition, but I have never been as bullish on Charlotte as I am now.

To learn more about our interviewee, visit: https://www.foundrycommercial.com/