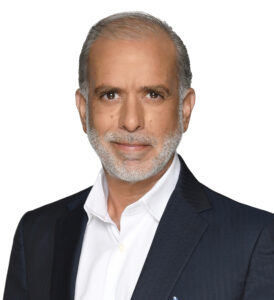 2 min read September 2021 — Riveron recently acquired a majority equity stake in Conway MacKenzie, with the two companies unifying under the Riveron brand effective Sept. 1, 2021. In an interview with Invest:, Aurelio Garcia-Miro, senior managing director of Conway MacKenzie, discusses the impact of this acquisition and the dynamics underlying Latin America’s economies.

What has been the impact of the acquisition of Conway MacKenzie by Riveron?

Riveron acquired a majority of our equity in December 2019. Through that acquisition we not only became part of a much larger platform of services in terms of geographic reach and number of professionals but we also integrated two different types of services. We continue with what we call the Conway MacKenzie legacy services, which are associated with restructuring and transformation services, but importantly, we also incorporated a big platform of financial advisory services, such as accounting advisory, accounting and  finance operations, audit readiness, performance improvement, tax advisory and technology enablement, and transaction services.

How does demand for restructuring services differ across countries?

Restructuring and transformation services have been in very high demand in Latin America, where companies have been increasingly needing substantial support in cross-border restructurings, such as Chapter 15s and Chapter 11s. On the other hand, services that appeal more to a positive cycle of the economy like transaction services, productivity implementation, performance improvement and operating enhancements have been in substantial demand in the last six to eight months in the United States. Generally speaking, US companies are preparing for or committed to enhancing and accelerating growth rather than dealing with crises. I think the stimulus packages continue to have a positive trickle-down effect. Therefore, the U.S. market is currently more focused on positive-cycle service offerings, whereas the international markets, especially Latin America, are increasingly requiring restructuring and crisis management.

How are you advising clients with regard to inflation and potential interest rate hikes?

There are some signs that we would normally consider as indications of inflationary pressure looking forward. In the case of the more developed economies, the stimulus programs, especially in the United States, are working and are really creating a set of growth drivers for the economy. Such growth can be a driver of inflation, which might eventually translate into higher interest rates. We are advising our clients across Latin America to go through preemptive liability management programs, which are programs to either extend the maturity schedule of their dollar-denominated debt or to lock into current rates in anticipation of a potential increase in rates going forward.

Given the populist-driven higher spending policies that we are anticipating from governments across Latin America, we believe there might also be inflationary risk in the region.

How are governmental changes in Latin America affecting investment decisions?

If you step back and take a look at what’s happening in Latin America, you will see that there has been a very consistent turn to left and socialist governments. Some call it the “pink wave”. You can see this in the different socialist or Marxist governments that have been elected across the region. Chile is dealing with a potential transformation of its constitution, and Peru will likely be following a similar path in the next few months. Countries like Colombia are also being affected by a lot of social pressures. The pandemic has, to a large extent, accelerated the social differences across the region and that has triggered the emergence of populist Latin American governments offering to reform their regulatory framework, in some cases at the constitutional level. This “pink wave” will likely bring increased perceived and actual risk (such as restrictions on capital transfers, price controls, higher taxes and import duties and potential devaluation pressure) to corporations and capital providers across Latin America. This is not just affecting the appetite of investors in future long-term infrastructure and capital intensive projects in the region but in day-to-day decisions as well.

How do events in Latin America impact Miami investment?

South Florida, and particularly Miami, are a mirror to what is going on at any given time in Latin America. When you see economic turbulence, political turbulence or regulatory instability in Latin America, typically you notice increased flows of capital being channeled into or through Miami. Private wealth managers and real estate agents will probably see an increase in their activity coming from Latin American clients for the next several months.

To what extent is Conway MacKenzie using artificial intelligence?

As much as we rely heavily on IT to provide our services at an optimal level, we are not on the frontline of artificial intelligence. We are much more focused on legacy technologies that are subject to a lot of innovation and support our efforts in reinforcing transparency, financial disclosure and a capability for several stakeholders to have a clear idea of what’s happening at the different organizations we support.