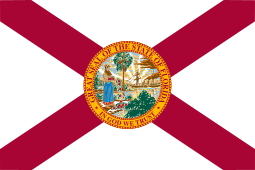 2 min read January 2019 — With its status as one of the most important swing states in federal elections, Florida’s voting pattern generally serves as a bellweather for the overall outcome. With President Donald Trump running for re-election in November 2020, South Florida’s agenda for the year is packed with contentious issues, such as gun reform, climate change and foreign policy.

On Dec. 23, an appeal was filed by the state government against several Florida cities, including Miami Beach, Fort Lauderdale and West Palm Beach, arguing the cities were flaunting the law by applying harsher restrictions on guns than exist on a state level. “If allowed to stand, the decision will not only invite the development of a patchwork regulatory regime in the area of firearms but also render the Legislature impotent to deter power grabs by local officials in other areas,” the brief argued. The issue of gun reform is set to remain a key issue as the 2020 election nears.

Another issue coming back to the forefront is climate change, and South Florida is disproportionately affected by rising sea levels and potable water availability. In November, Gov. Ron DeSantis appointed the state’s first chief science officer and the 2020 legislative session is expected to put more emphasis on climate issues. “State agencies are now beginning to collaborate on these important issues and gather at a leadership level to talk about resilience and how to plan for sea level rise,” Noah Valenstein, secretary of Florida’s Department of Environmental Protection, told the Herald Tribune.

But by far, one of the most headline-grabbing issues leading up to the election will be President Trump’s flagstone immigration campaign. According to the most recent census data, about 23% of the population of Palm Beach County identify as Hispanic or Latino, and the same is true for around 19% of the Fort Lauderdale population. The Democrats chose to host their first presidential debate in Miami, a city where more than 70% of the population is Hispanic, partly because of the immigration platform.

“Latinos are still seen as a monolith,” says Liz Alarcon, a Venezuelan-American Democratic activist and author of Caracas Chronicles, told TIME magazine. “Politicians as a whole still don’t get it, and that’s a problem.”

U.S. Latin America policy is expected to play a major role in the South Florida 2020 electoral result, and Trump has been largely praised by the Latin American community for his tough stance toward Venezuelan President Nicolas Maduro. “Florida elections always come down to margins,” Frank Mora, a professor of politics at Florida International University, told the New Yorker. “Foreign policy is intensely local in South Florida.” Because of the high concentration of Latinos in South Florida, foreign policy related to Latin America hits close to home.

It could also help decide who wins Florida in 2020.