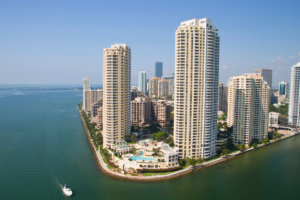 2 min read May 2021 — While Miami and most of Florida’s real estate market is seeing record prices and high demand, developers such as Coral Gables-based Century Homebuilders are looking to the periphery of Florida City to find areas that could be affordable for potential buyers.

This is the first time the company has worked this far south, with CEO Sergio Pino telling the South Florida Business Journal that Florida City and its surrounding environs would be the area where it intends to further expand the company and its business. “Those are the locations we will be working with in the future,” Pino said. “We want to grow the company and there is no land available in this area (further north) for new single-family homes and townhomes.”

The builder’s Century Park Square community will have 200 townhouses, ranging between 1,800 to 2,200 square feet, and between three and four bedrooms depending on the unit. They are priced at about the high $200,000 mark, while Century Gardens South, another community Century Homebuilders had developed further to the north, goes for around $450,000.

While some developers such as Century Homebuilders are looking to expand affordable housing stock by building further into the outskirts of Miami-Dade County, others in the center of the city, such as the Housing Trust Group (HTG), are pushing the county to rezone the area to allow for greater density, with an eye toward affordable and workforce housing.

In May 2020, the Miami-based HTG was approved for an 11-month lease covering Rainbow Village and Gwen Cherry 23C, an area with 136 apartments built in the 1970s. The lease was a prerequisite to push its rezoning efforts and public financing plans for the 10.4 acre site, located at 2000 N.W. Third Ave.

The city’s Planning, Zoning and Appeals Board will consider HTG’s application to rezone the property from T4-L to T5-O on May 5. The change would allow for an increased maximum density to 670 units, up from 371, and push the height limit from three to five stories. The developer told the Journal, however, that it would only be pursuing an additional 299 units, or a total of 435 considering the current units in place.

The crunch for more affordable housing extends past Miami-Dade county, however. Sunrise, a community that sits on Broward County’s southwestern border just north of Miami, is also looking at potential redevelopments, including an ice rink in the area, to expand its housing stock.

Hugo Pacanins, the South Florida regional development partner for the Houston-based Morgan Group, told the Journal that multifamily development in the area would generate less on-site traffic than the current commercial zoning, noting the consistent demand for multifamily development in the suburban sector that has gone underserved. A change from commercial to irregular residential zoning would permit 452 multifamily units, with 15% being dedicated to workforce housing for those making up to 120% of the area’s median income. The project would be called Pearl Sunrise.

“There has been a lack of supply in the suburban sector in the multifamily [development] cycle,” Pacanins told the South Florida Business Journal. “There’s a lot of demand for families and individuals who don’t want a downtown location and want more space.”