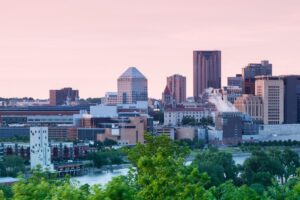 2 min read July 2021— After a special session, the Minnesota legislature has come to the relief of thousands of Minnesotans who are behind on rent with a new law that prevents them from being evicted in the event that their rental assistance application is still pending, reports the Star Tribune.

Landlords can now cancel their leases in the event of a tenant not paying their rent if the tenant was eligible and did not apply, or fails to prove that they applied, for assistance from the state. Leases may be terminated and a landlord can file an eviction court case should the tenant fail to move.

With Minnesota having the only divided state legislature in the country, the law came about through compromise. In the most recent special legislative session, the Republican-held Senate voted to end the moratorium whilst the Democrat-controlled House voted to extend it. A conference committee hammered out a compromise, said Sen. Rich Draheim, R-Madison Lake, notes the Tribune.

As a result of two congressional appropriations from the Federal Government, Minnesota has received $672 million largely for rental assistance. $518 million is being administered by the Minnesota Housing Finance Agency.

The new law will safeguard renters while they wait for their assistance applications to be processed by the agency, which has seen criticisms from both landlords and tenants at the program’s slow rollout. Minnesota House Finance Commissioner and administrator of the program Jennifer Ho testified at the Senate committee session that the agency had received over 28,000 applications and paid out $15.3 million, a little bit over 10%, of the $151 million requested so far. The program is currently dealing with about four times the normal amount of federal funds received and the high demand has placed a strain on the system. Ho explained the agency will be handing out over $500 million in the next two years as opposed to the regular $30 million. “Our rate of payments continues to rise steeply as the process gains steam,” she said during the session.

Renters in Minnesota can apply for the assistance at renthelpmn.org. The Zero Balance Project is also an option available in Hennepin, Ramsey, and Dakota counties, allowing landlords to begin the rental assistance application on behalf of tenants.

Some of the other stipulations in the law include landlords having to give 15 days’ notice before filing an eviction case against a tenant who failed to pay rent, with the mandate expiring October 12. The pre-filing requirement includes rent due and the availability of assistance, and was not needed previously under state law. After Aug. 13, landlords may terminate their leases if a tenant owes rent and is ineligible for assistance. After Sept. 12, they can file for eviction if the same criteria are met.

Other provisions in the law outline criteria for evictions in the case of property damage and certain types of illegal activity, as well as “material breach” of the lease.

While the remaining funds are distributed, the new law will provide another safeguard for both tenants and landlords, giving both a clear framework for how to best proceed with their leases and rent.

“We have more money than applications, so don’t worry about [the agency] running out of money,” Ho said. “We just need time to work through the high volume and the back and forth.